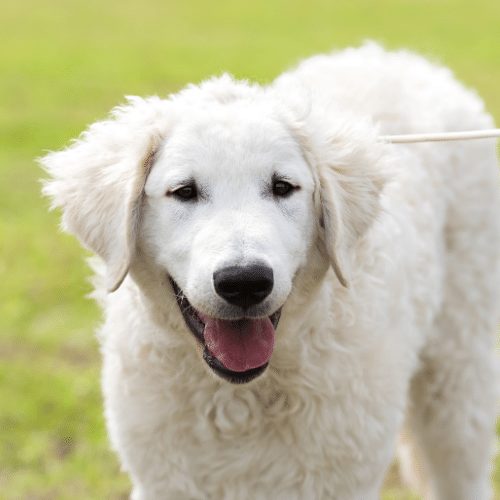 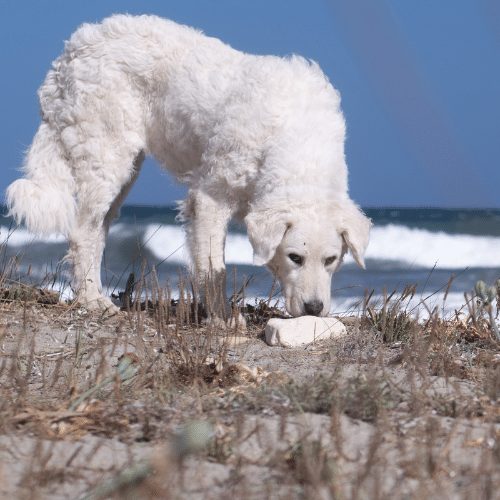 The Kuvasz is a big, fluffy, lovable, and loyal dog breed that hails from Hungary. Although due to its size, it’s mostly recommended for people who have houses and yards instead of apartments, it can still adapt to the latter if it gets enough exercise.

The Kuvasz is one of the oldest dog breeds that exist in the world. Some of the early reports date back to the 15th century. It is said that King Matthias I (1458-1490) had several Kuvasz dogs at his court.

The dog breed became very popular with herdsmen, especially since the white coat of the breed enables it to pass for another sheep in the flock. This feature is what made this dog so good at protecting livestock.

A very challenging period for this dog breed, but many others, too, was World War II and the years after it. The Kuvasz almost went extinct at the time due to food shortages and due to many kennels reducing their populations or stopping their activity altogether.

After 1956, however, it made an impressive comeback and gradually regained its popularity.

Given its age, the Kuvasz was recognized by the American Kennel Club in 1931.

Read on to find out more about this breed, from its appearance and health to its temperament and training.

The Kuvasz can be described as a large to giant working dog with a white coat, presenting no markings. While it is generally well-muscled, it doesn’t have any specific bulky areas on its body.

The shoulder height of the breed is 26 to 30 inches, and it usually weighs between 70 and 115 pounds. It is prone to becoming overweight, and since obesity can take a toll on any large dogs’ musculoskeletal system, it’s highly recommended that you pay attention to this detail.

As puppies, Kuvasz dogs are white, fluffy furballs, and part of the curliness of their hair is kept as they grow older. 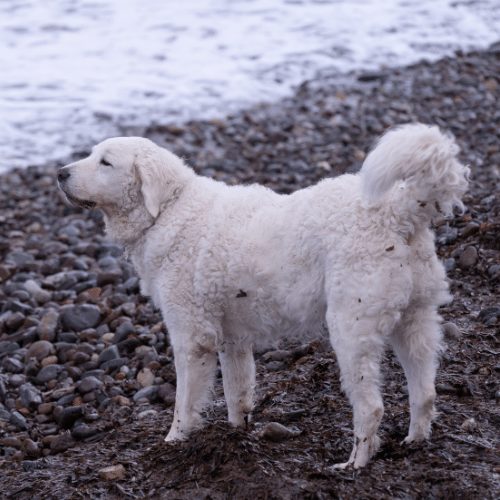 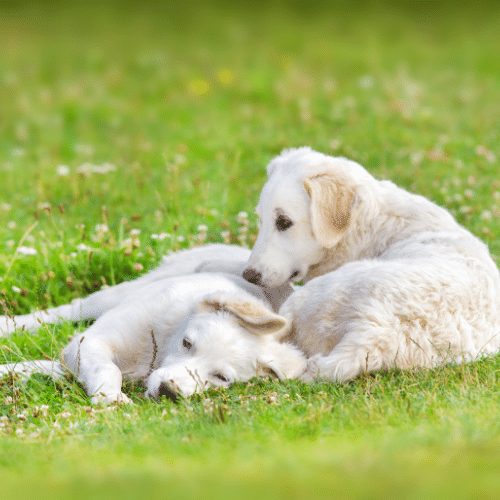 Early socialization is important with this breed as it has strong protective instincts. Sometimes, it might be fearful or could misunderstand the behavior of other dogs or humans, making it interfere so as to try and protect its loved ones.

Even though the Kuvasz is not typically considered a lovey kind of dog, it does love to cuddle with its owners. If a puppy is continuously socialized, they will learn to make the difference between normal and abnormal behaviors.

Given its history, the Kuvasz loves to spend time outdoors, which is why it’s best for people who live in the country or at least those that have a yard. However, it can adapt to apartment life if it needs to do so, but you have to make sure that you take them out for at least two hours each day and longer playtime and exercise sessions during the weekend.

Kuvasz are not aggressive with proper socialization and training.

However, since they were originally bred to guard flocks, they have a protective quality to them. If a Kuvasz feels that his family is in danger, he can and will stop in to protect them.

Kuvasz can show reactive tendencies if they are not exposed to people and dogs as they are growing up. If you have a Kuvasz puppy, you should strive to give him social outings at least 2-3 times a week. It is really important to make these encounters highly positive for the dog. If Kuvasz have this type of continued exposure during their first year of life, they are unlikely to ever show aggression.

There are recorded bite incidents with Kuvasz. These are nearly always dogs that have not been properly socialized. As a dog owner, it is your responsibility to provide the amount of exposure your pup needs to grow up to be a happy and well-adjusted dog.

This dog breed is prone to developing a number of health conditions. Unfortunately, it’s impossible to predict whether a puppy will grow to develop any of them, so that is why it is necessary for you to acquire it from a responsible breeder.

Here are some of the most common diseases that a Kuvasz dog can suffer from:

It’s also widely known that all large dog breeds, including the Kuvasz, are predisposed to developing bloat, a potentially life-threatening condition.

For this reason, it’s a better idea to feed your dog several small meals throughout the day. Also, avoid giving your dog a lot of water at once on a hot summer day, especially if they’ve spent time in the sun and they might be feeling thirsty.

Some dogs don’t realize how much food or water they can ingest at once; bloat is a condition where the stomach gets too full and effectively rotates around its own axis. Consequently, all blood flow to and from the stomach is stopped. As a Kuvasz owner, it’s your responsibility to prevent this from happening. 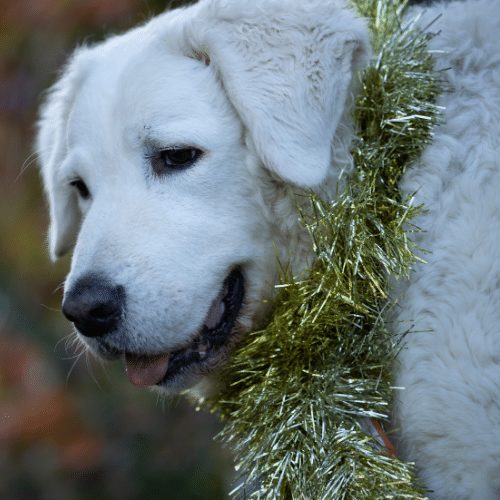 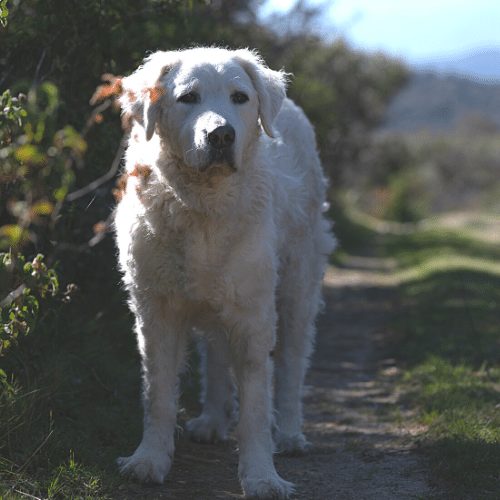 Yes! A Kuvasz has a thick undercoat and will shed a lot. Proper brushing is key!

When they are “blowing their coat” twice a year the shedding is intense. This happens in the spring and in the fall. You can give your pooch a haircut before this starts to happen, or you can minimize the shedding by brushing your dog every day.

These dogs don’t have a very long coat, but it does tend to get matted easily. For this reason, you will have to brush your canine friend using a grooming rake or a pin brush at least two to three times per week. If your dog’s coat gets matted, you have two options.

You either take them to the groomer’s and give them a short haircut, or you use a large-toothed comb and some conditioner or conditioning spray to gently and slowly loosen the matted section.

The rest of the grooming involves cleaning your dog’s teeth, clipping their nails, and regularly checking for fleas, ticks, ear and eye infections, and everything else that a vet can instruct you on.

What is the difference between Kuvasz and Great Pyrenees?

The Kuvasz often gets confused with the Great Pyrenees who does indeed look very similar. Both dogs are large, white and fluffy … but they do have their differences!

Great Pyrenees have a heavier body type than Kuvasz. While Kuvasz have a medium built and are athletic and light on their feet, Great Pyrenees are heavy-bones and not agile dogs at all.

A Great Pyrenees’ head is very blocky with a distinct stop (that is the angle between his forehead and his nose). The Kuvasz has a softer stop and a leaner head.

Great Pyrenees can be excessive barkers. Kuvasz on the other hand tend to be much more quiet dogs. They are a better fit for owners with close neighbors. 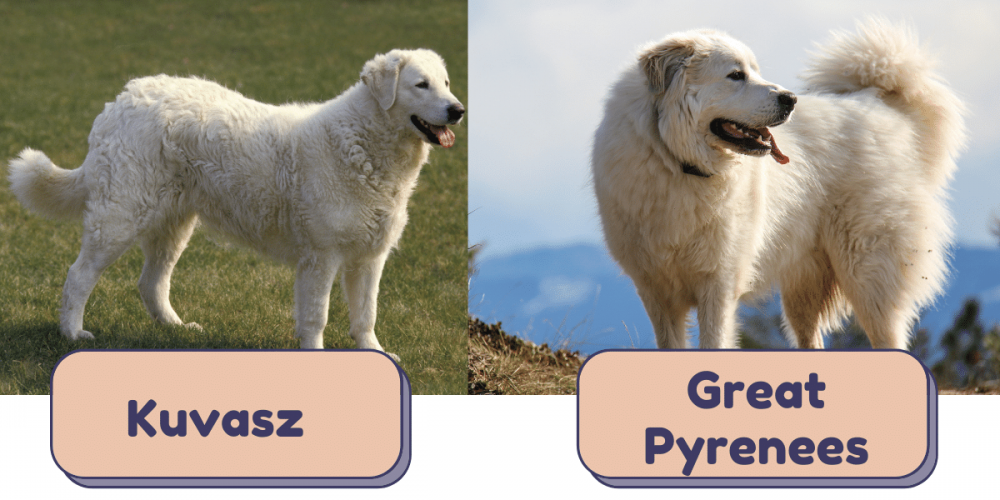 Training shouldn’t be a problem with the Kuvasz since it is a very intelligent breed. Eager to satisfy their owners’ needs, these dogs will go out of their way to learn what’s good and what’s bad. However, early socialization and puppy training are essential if you don’t want to have problems with your dog further on.

It’s important to note that this dog breed does not respond well to harsh training. Obedience training should always be performed with rewards. In order to prevent unwanted weight gain, you can use your Kuvasz’ daily food allowance for training. 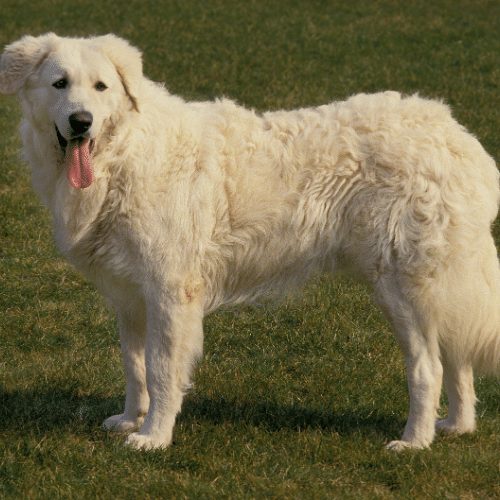 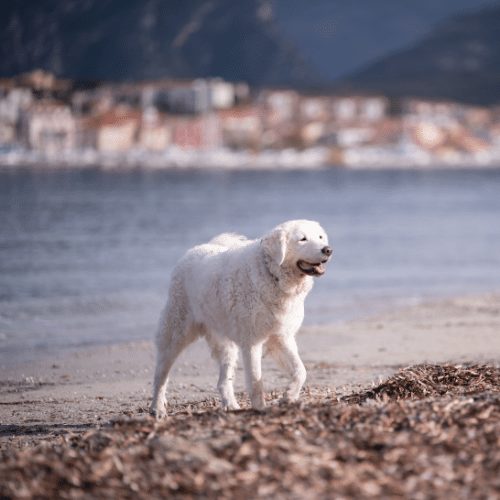 Deciding on a Kuvasz

Getting any giant dog breed, whether a Kuvasz or not, is an important decision. You will have to make a commitment both in terms of time and effort, as you have to take your dog out for walks as often as possible. You also have to be prepared to handle the expenses of owning a Kuvasz.

Large and giant breeds have a shorter life span, so most Kuvasz dogs are known to live for 9 to 11 years (at best). Even so, a decade is a lot of time, so it calls for a responsible decision.

If you’d like to interact with several Kuvasz dogs and see how they behave and what their temperament might be in real life, you can always get in touch with other Kuvasz parents via online forums or social media. Another idea would be to contact a local kennel and see whether you wouldn’t be allowed to go visit it.

A Kuvasz is not the right dog for you if:

A Kuvasz is the right dog for you if: 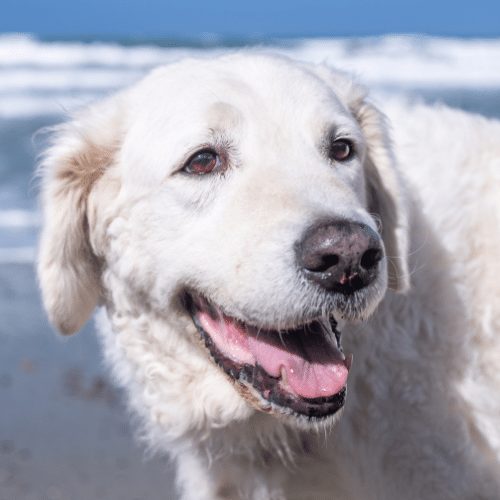 As you saw in the section about the health issues that this dog breed can develop, the Kuvasz isn’t the healthiest dog breed in the world, at least genetically.

As such, it’s paramount for you to ask whether your Kuvasz breeder doesn’t have any health certificates for the puppy’s parents. If possible, try to convince your breeder to allow you to talk to the dogs’ veterinarian.

If you notice any reluctance whatsoever, you might have to consider getting your puppy from another breeder. In general, perfectly honest and responsible breeders will tell you everything you need to know upfront.

Questions for your breeder

How much does a Kuvasz cost?

While the average cost of a Kuvasz puppy is around $1,300, expect to pay $2,000 or more for a puppy that comes from a top breed line or parents with an excellent pedigree.

Besides this initial cost, you also have to add the expenses you’ll make during the first year of owning a Kuvasz, which can range from $1,500 to $4,000. Don’t forget to budget for a spay or neuter surgery on top of the vaccination plan recommended by your vet.

The yearly costs will be lower after the first year simply because you are likely to own accessories that you will use time and again.

Large dog breeds are more expensive to care for compared to medium or small dog breeds, and the Kuvasz makes no exception in this sense. 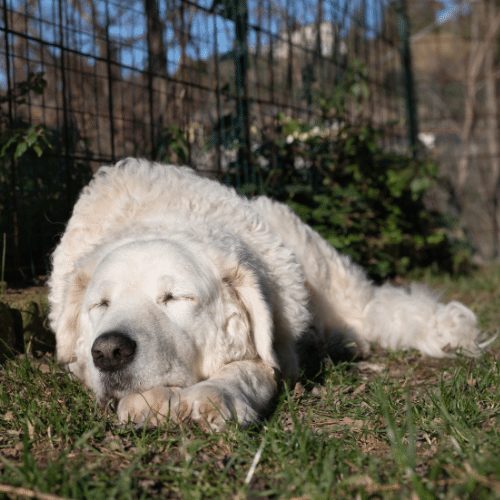 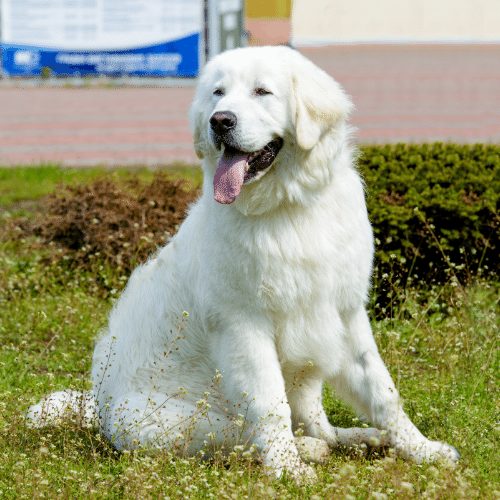 We got Georgie when he was a couple of years old, so we were concerned that he wouldn’t adjust to our living environment or the kids. Fortunately, he’s been nothing but a joy. He quickly got attached to the children and constantly follows them everywhere.
I did a little research before adopting him, and I was worried that a dog with such a cold temperament wouldn’t be a good fit for our family. While he is careful, he is very sweet to children and even friendly with strangers if he notices that we trust them. 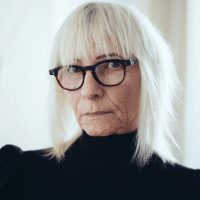 Malwin W.
Georgie's mom
Snow is pretty willful and can be a little stubborn once in a while. She loves to spend time outdoors, and she’ll escape if she has the chance and roam around the neighborhood in search of small animals she can run after.
It took us a while to get used to all the barking, but it’s incredibly useful when telling whether something is wrong or not. If we don’t hear it at least once every hour or so, she must have escaped. Snow loves everyone, but she hates birds. She can be quite affectionate when she’s in the mood. 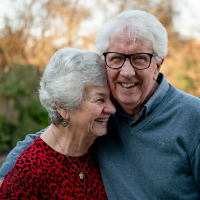