“What is the command for this?” is one of the first questions I hear when I teach a class of new owners and dogs their first behavior.
Or, less often but all the more impressive:
“What is the command for my dog to not bark? There must be a command!”
Sorry, there is no built-in library of canine commands. Your dog doesn’t know the slightest bit about verbal cues until we teach them, and we need to teach them with all the care and caution needed when introducing an animal to a very unusual, very human trait.
In fact, the best way to ensure that they understand us is to talk a lot less.

We are humans. We ace language. It is one of the (or perhaps the single?) greatest achievements of our species.
We are born as empty vessels for language, and once we have learned how to speak one, we are hooked. Many kinds of skills and habits are learned, then later abandoned and forgotten throughout our lives – but language isn’t one of them.
We are hard-wired to communicate through it every single day, all day – and we expect our dogs to do so, too.

Unfortunately, dogs are born without the slightest need or desire to learn language. Even more so, while they are capable of learning the meaning of verbal cues, I am certain they are not able to understand the many notions that we can put into it by changing the speed of speech, pitch and intonation.

This is a typical situation that I see on a weekly basis:
A dog, let’s say she’s names Ayla, doesn’t pay attention to her owners in a class setting.
“Ayla (friendly). AYLA (loud). Ayla (scolding)!….Ayyyylaaaa (enticing). AyyLA (threatening). Oh, Ayla (sighing).”
This dog might have noticed that the owner was unhappy with her (more likely is that Ayla was too focused on her canine friends to even care). She most certainly didn’t notice the emotional involvement of her people. In Ayla’s mind, she was offered an interaction that she has learned she can ignore and earn playtime with her friends as a reward for blowing them off, so that is what she chose to do.
In her people’s mind, Ayla is inconceivably disinterested in a good working relationship.

For humans, repeating something we have just said signals urgency. We call our dog and he does not come, so we call again. He still does not come.
Why is he so obnoxious?
Why is he ignoring us?
Why does he not see that it is very important to us that he comes right away?

A well-trained verbal cue does not in the slightest signal your wishes to the dog. It signals that a reward has become available, and here is a tip on how to earn it (hence: cue). If he follows this cue, he can earn it. If he does not follow the cue, you better take care that he does not earn a much greater external reward instead.
A dog who holds a toy in his mouth with a long history of reinforcements for outing his toy will gladly open his jaws when asked – not because he obeys, but because he understands that this is an opportunity to earn something even better.
A dog with a long history of self-reinforcements will not open his mouth – because he has learned that it actually pays off to just keep whatever he has.

If we ask our dog to do something, and our dog chooses to not respond, scolding mostly does nothing (other than being nagging – see Don’t Be A Party Pooper).
On the other hand, it teaches him what rewards become available if he doesn’t listen – perhaps the reward of eating some animal feces, or running off to chase a rabbit. These are such great experiences that our pathetically yelled “Bad dog!” disappears next to them.

Your dog does not come with a blue print telling him to listen to you. He comes as a blank slate, ready to learn and remember what pays off in life, and what doesn’t. Evolution has gotten him to a point where he is very good at recalling what resources he gained and lost by making decisions, and he will keep collecting knowledge about this every day of his life.

When learning a new behavior, my students get frustrated with me when I tell them it is not time yet to introduce a verbal cue. In their mind, once a verbal cue is part of the behavior, everything will come together, because then they can just tell their dogs what to do (this is an endearingly human point of view – if we could only tell them they would understand!). Unfortunately, no.
As soon as you have a verbal cue you better be very much on top of your dog’s success in learning. How will you deal with failure? If you say “down” and your dog does not down, then what? Do you say “no”? The dog has no idea what he just got reprimanded for. Do you still reward your dog? Then he might learn that the cue “down” means “don’t lie down and a reward will appear”.

If your dog is struggling with a behavior, do not just keep on repeating the cue. A training issue in fetching is not solved by telling the dog to “bring it” over and over. In fact, you could establish a quite undesirable behavior chain – perhaps your dog understands the game of fetch as: run out to grab the ball – then bring it 5ft closer every time the owner says “bring it” until you reach him.

Instead, wait until you have trained a behavior very, very well. Wait until that choice is so ingrained into your dog’s brain that he does not fail to make the choice, in whatever circumstance.
This is when we should introduce a cue – as a reminder of this decision, and as a way of initiating a behavior that we can then reward. We name the behavior when we have it, not when we wish we had it.
You will notice that it won’t take 10 repetitions of the cue to get a response if it is learned this way.

Is Your Training Too Easy For Your Dog? 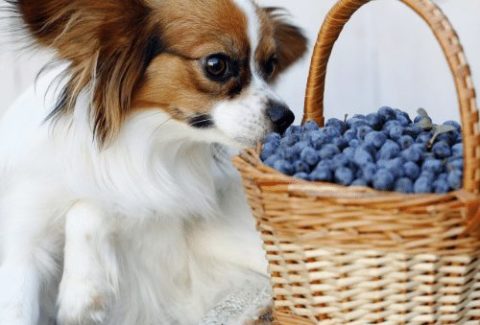 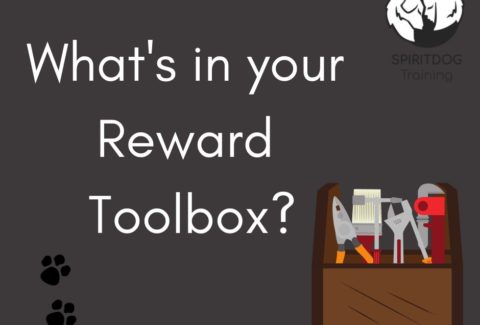 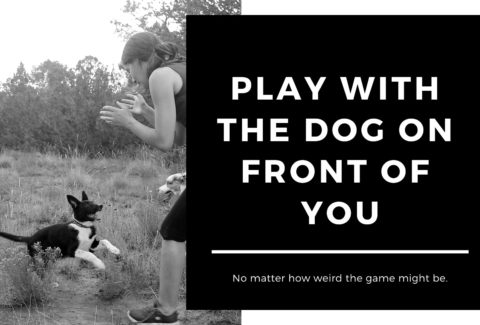