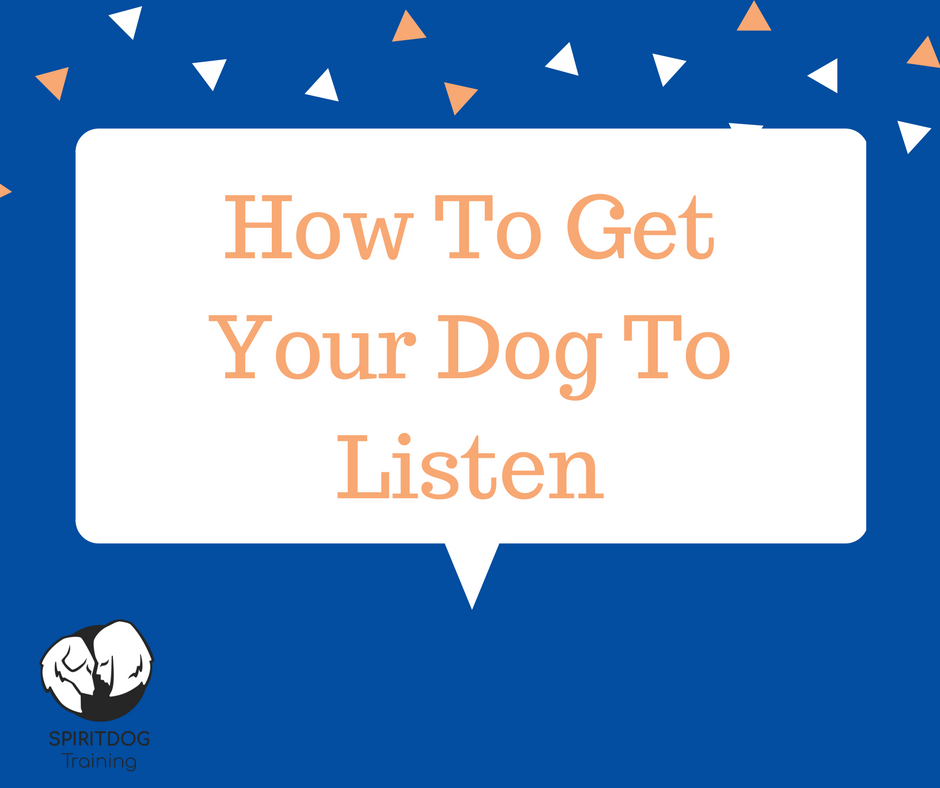 How do you get your dog to listen every time you tell him to sit, stay, come, leave it, pay attention and be quiet? The answer may be surprising: You need to talk a lot less.

As humans we are hard-wired to use language. We love to talk – to each other, to our dogs, even to ourselves! We love to speak, and we expect others to understand what we say.

Have you ever witnessed to people who only speak languages the other one doesn’t converse? Funnily, they will continue to speak their language even though they technically know that their conversation partner doesn’t understand. Instead, they repeat phrases multiple times in different speeds and intonations. While they may use gestures, the human brain doesn’t have a go-to solution for the case that someone doesn’t understand us. Our default reaction is to simply repeat, and repeat again, louder and more urgently. This is where we can run into problems in dog training.

For a dog, language means nothing, They are happy to live their life without ever hearing a single word said to them. They don’t get exposed to language nearly as much as human children (though if they do, the results are astonishing – check out Border Collie Chaser who learned over 1200 words).

Our dogs communicate and learn through a more straight-forward system: an action produces a result. If that result is desirable, they will repeat the action (such as sitting for a cookie). If the result was undesirable, they are less likely to try the behavior again (such as getting disciplined by another dog for stealing their bone).

I often get asked by my students “What is the command for this?” The truth is that there is no inherent command for any dog training behavior. If you want to, and you are consistent in using it, you can name a dog’s sit “down” and name a dog’s down a “sit”.
Words are smoke and mirrors to our dogs – only the results matter.

Our dogs will learn words best if the results are consistent. My dog sits and gets a treat as a result if I consistently ask for a it, he will be very likely to adopt sitting for cookies into his repertoire of behaviors as it pays off well for him.

If however I call my dog at the dog park, my dog decides to not come, and instead gets to run with his friends, I just taught him a very problematic meaning of the word “come”: If the owner says come and I stay away, I get to play with my friends.

Another issue is attaching a name to a behavior before the behavior is trained well. Ideally, we want the behavior to happen consistently before we start attaching words to it.
Think of it like teaching an exchange student the word for car. It would not be smart to just point out the window on the street and say “car. car, car.” whether or not a car comes by. The student may think that “car” means window, or road, or who knows what else.

This scenarios is comparable to us wanting to make our dog e.g. lie down when we haven’t perfected the behavior yet. We say “down” and point to the ground and our dog doesn’t know how to respond. So we repeat it over and over, until one of us gets frustrated and quits. The dog learned as much (well, as little) as the exchange student who sometimes did not, and sometimes did, see a car when we said “car”.

I often see dogs that get talked to so much that they started to just tune out all the noise they are hearing. The constant stream of instructions, praise and reprimands makes it impossible for them them to take it all in. Again, our dogs don’t have any innate ability acquire and process language. Reacting appropriately to “Hey, Thor sit. Sit! Watch me, no. Leave it. Sit down. Down. Lie down.” is unrealistic.

All the language knowledge we want them to have needs to be taught by us. We cannot expect them to have a working understanding of everything we say (that would also make training a bit too easy, no?).

If you want your dog to understand a cue, you need to teach him what it means. This does not work by just repeating the cue until our dog randomly does what you want – instead, wait for the behavior to happen first, and then attach a cue to it.

Let’s say you would like to teach your dog the cue “Sit”.
Do no teach him by saying Sit over and over until he coincidentally (or out of confusion) sits. That is not even teaching him, that is just being a stubborn human who wants to have his dog innately understand language.

Whenever you feel the urge to command your dog to do something – take a second to think about whether you have taught him that cue before using the 4 step process – whether he actually has a chance to understand what it means. If he doesn’t, find some other way to deal with the situation.

If for example you have visitors that do not want the dog to sit next to them on the couch, and your dog has not previously been taught the cue “off”, just take him by the collar and lead him off the couch. This will be much more meaningful to you than repeating “off” with rising temper – and when your visitors are gone, you can teach him the meaning of “off” with plenty of time and a clear game plan.

If you want to haver an idea of what it is like for a dog to receive cues he doesn’t understand, check out some dog training videos in different languages on Youtube.

I am German and I often speak only German to my dogs when I am training by myself. A friend once told me she was amazed at how my dogs understand the gibber-gabber. Watching dog training videos in languages you don’t speak will be an eye-opening experience that lets you appreciate the difficulty of responding the a cue that our dog does not understand the slightest because he hasn’t been taught yet.

Try To Talk Less To Your Dog is another post about the importance of using only cues known to your dog! 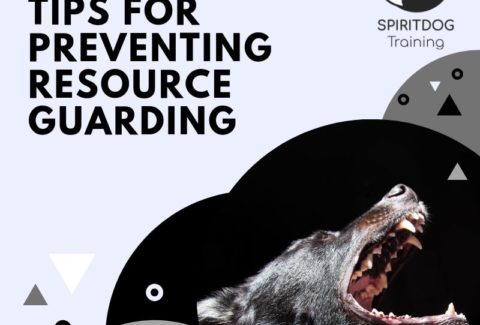 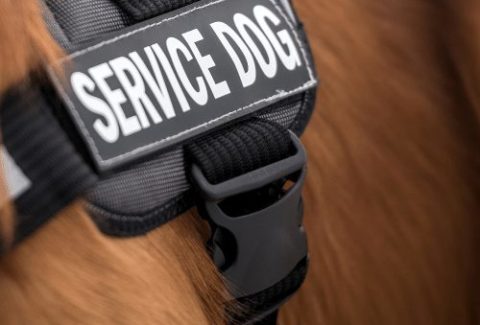 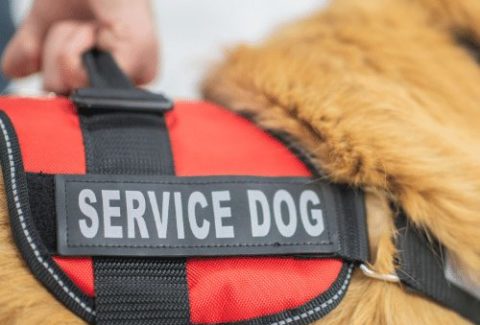 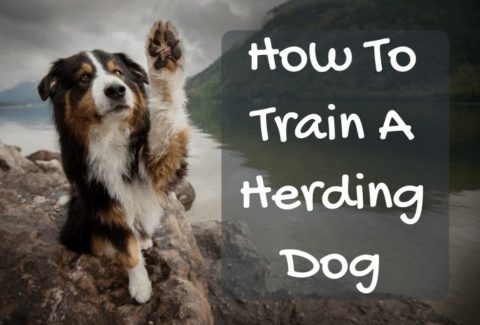 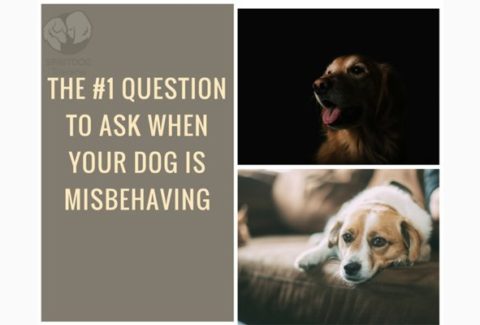 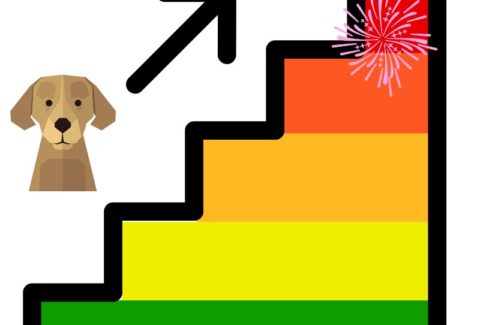 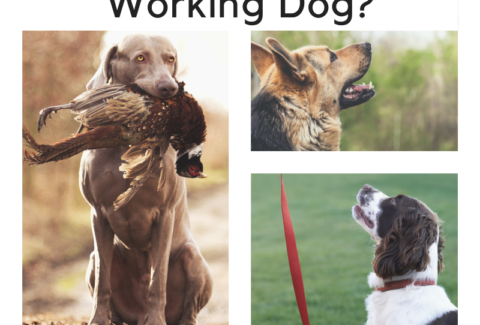 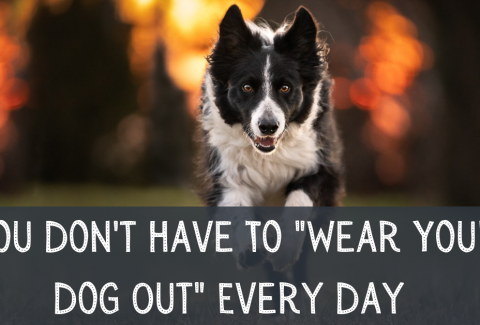