If you’re the owner of a Golden Retriever puppy, you’re probably wondering how large they’ll be as an adult! In this article, we’ll tackle that question and provide you with a handy puppy growth calculator. 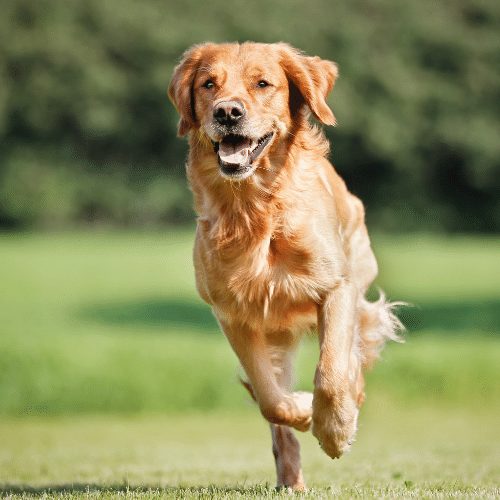 How big will my Golden Retriever get?

Golden Retrievers grow up to be around 55 to 75 pounds, which males typically a bit larger than females. Of course, this is quite a wide range. Ending up with a 55-pound dog is far different than having a 75-pound dog. Some dogs may vary their weight somewhat in their adult life.

Males usually stand at 23 to 24 inches, which females are around 21.5 to 22.5 inches. Your dog’s ideal weight should be based on their height. If your dog is only 21.5 inches, they shouldn’t weigh 75 pounds – even though this is technically in the range for the breed. Be sure to keep an eye on your dog’s body. Don’t just base it on the whole breed’s suggested weight.

It isn’t uncommon for a Golden (or Cream) Retriever’s weight to decrease when they hit their senior years. However, some dogs actually gain more weight during their twilight years due to a decrease in activity. It really just depends on your canine. 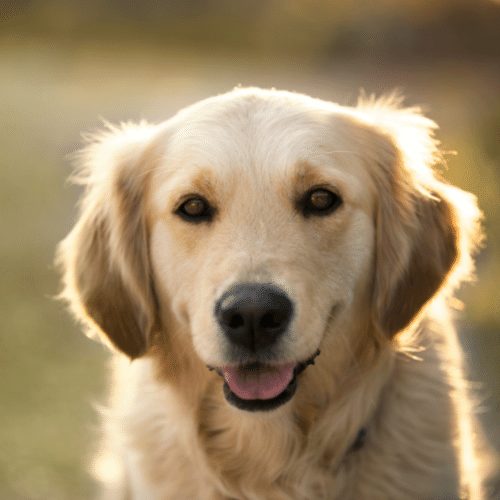 What does a 3-month-old Golden Retriever weigh?

At three months old, a Golden Retriever usually weighs about 22 pounds. Like most breeds, Golden Retrievers grow very quickly in the first few months. They go from only weighing a few pounds to weighing much more. After all, they have to reach their adult weight and hit puberty in only a year or so.

This age is the first time a puppy’s size may indicate how big they are as adults. Previously, the dogs were affected mainly by where they were in their uterus. Puppies with better positions got more nutrients and were therefore larger. However, genetics takes over after birth, and the puppies all begin growing at their own rate.

When the puppies reach 3 months old, they have been growing independently for long enough to make some guesses about their adult size. Before then, any guesses are really just that – guesses.

How big is a 6-month-old Golden Retriever?

After six months, the Golden Retriever’s growth will slow down considerably. They won’t be growing like puppies anymore. Instead, they’ll enter their “tween” months. However, these dogs will continue growing for another year. They should continue their puppy food until that time, even though they aren’t really looking very much like the little puppy you probably remember.

When is a Golden Retriever fully grown?

Like other large breeds (such as also the English Setter), Goldens will continue to grow until they are around 18 months. Of course, there is some variance for this. Some dogs may stop growing a month sooner, while others may continue to grow a very small amount for another month or two. Many dogs will reach their full height at around a year of age but may will continue filling out until they reach about 18 months.

It isn’t uncommon for dogs to “bulk up” a little bit after they technically stop growing. This is largely because they are no longer contributing tons of calories to growing larger. This leaves some extra calories for muscle and fat gain. If a dog gains quite a bit of muscle after they technically reach maturity, they may continue to gain weight for another six months. As you might imagine, more active dogs typically gain more muscle.

You should not feed your dog extra in an attempt to make them grow bigger or reach their full size faster. This can make a dog grow faster than they would initially. However, this can also upset the very delicate growing balance between a dog’s bones, muscles, and fat. Puppies that are pushed to grow too quickly can develop hip dysplasia, as the ball and socket of their joint won’t grow at the correct speed.

To avoid future health problems, it is essential to keep your dogs at a healthy weight and feed them the appropriate amount of food.

Is a Golden Retriever a large- or medium-sized dog?

In other words, the Golden Retriever is usually considered a medium-sized dog. However, they are relatively larger than some other medium breeds.