My little puppy is 4 months old now. He will always be a “little” one – no matter his age, he is a teeny tiny package of awesomeness. 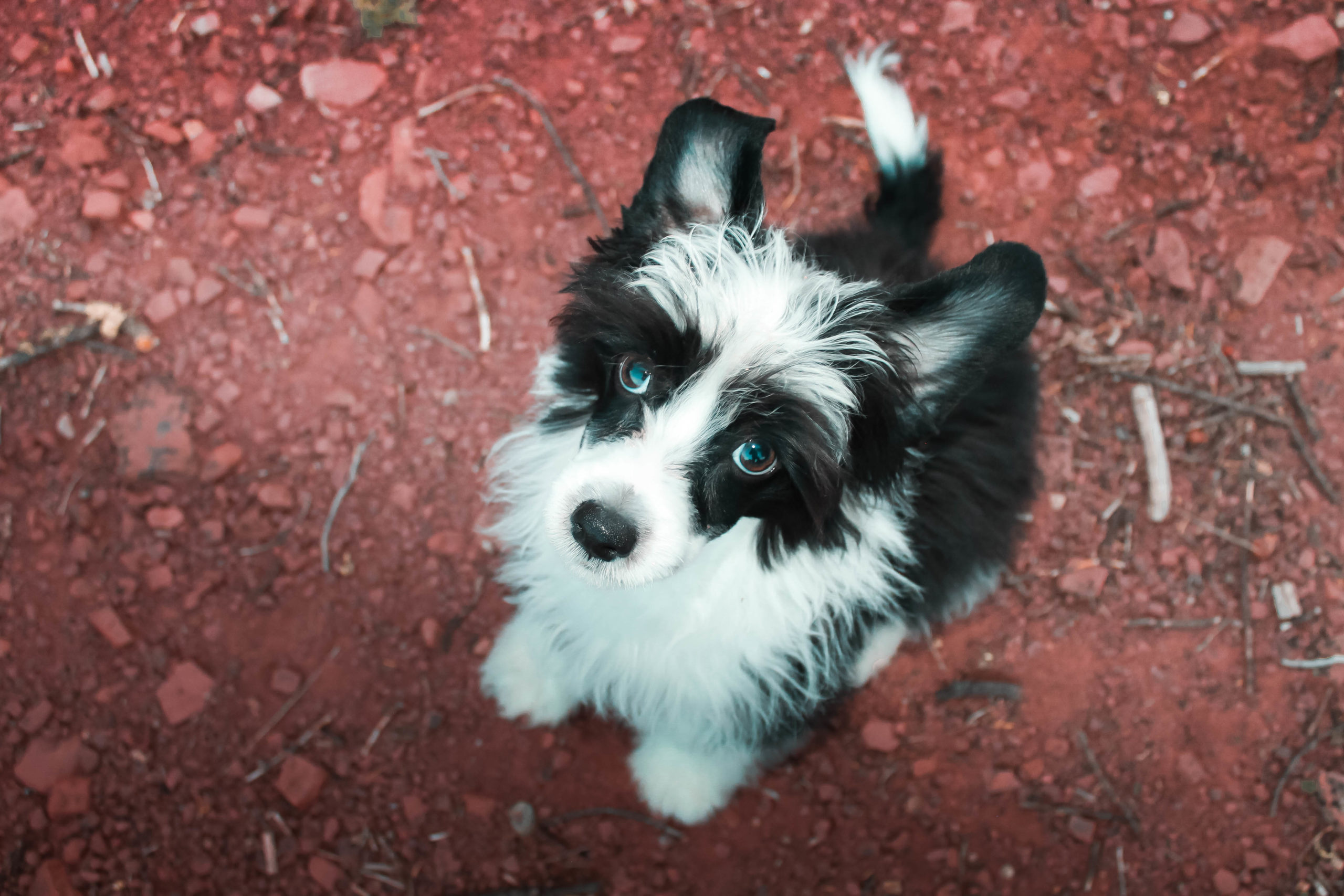 He has by now adjusted to the altitude. We live at 7000 ft elevation here (and hike up to 10’000 ft several times a week), and he came to us from sea level. He is a lot more alert and chipper than at first – while this may also be because of the initial trauma off being separated from his mom and littermate, I am certain that he – like already Kix 3 years ago – has experienced some slight altitude sickness. 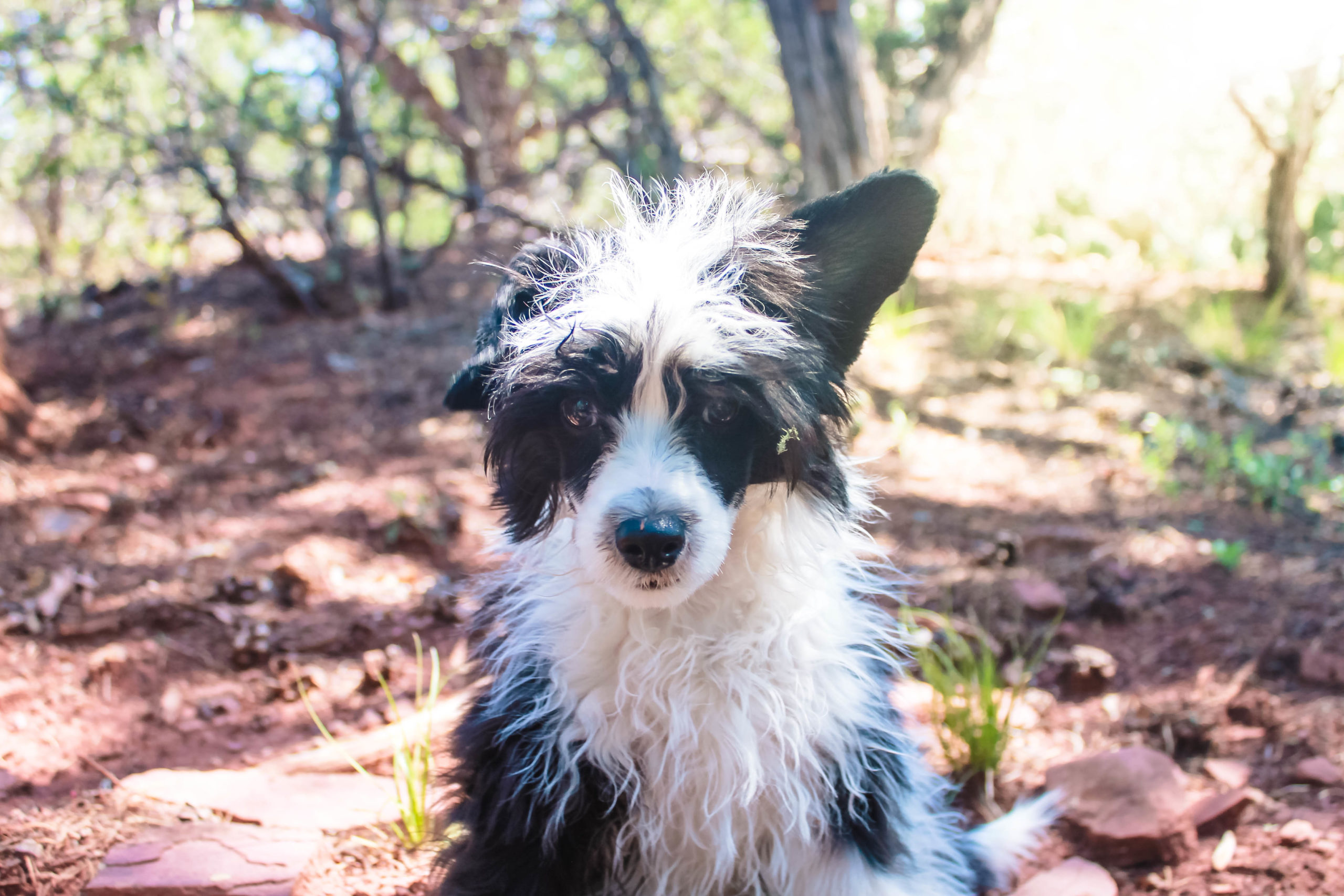 When I got Kix as a 10 week old puppy, she was not eating very well and seemed to be slightly subdued (although that is bold statement to make about a Border Collie in any case). I have myself had encounters with altitude sickness when hiking above 14’000 ft – the fatigue, headache and nausea are no fun to go through. It takes 2 months to fully adjust to a new altitude, and for both Kix and now the little puppy it seems to hold true that the effects do indeed stop at about this time. 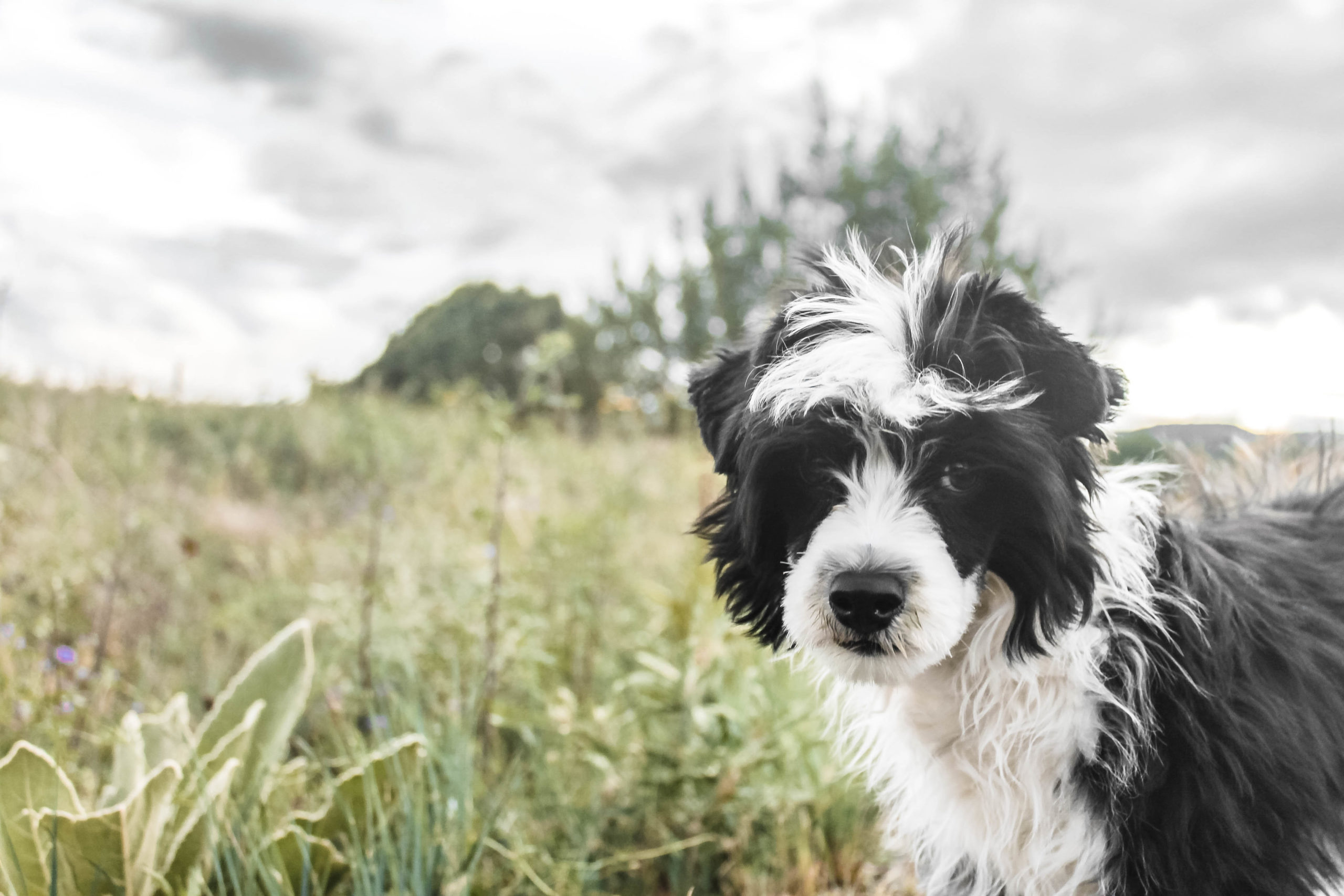 In any case, the puppy that at first spent his walks trotting along no further than 5 inches from my heels now sprints, zooms and jumps around with the big dogs – or even just by himself. He seems to have found real joy in his movement and running. He races Kix around yapping trying to go faster and faster every day. 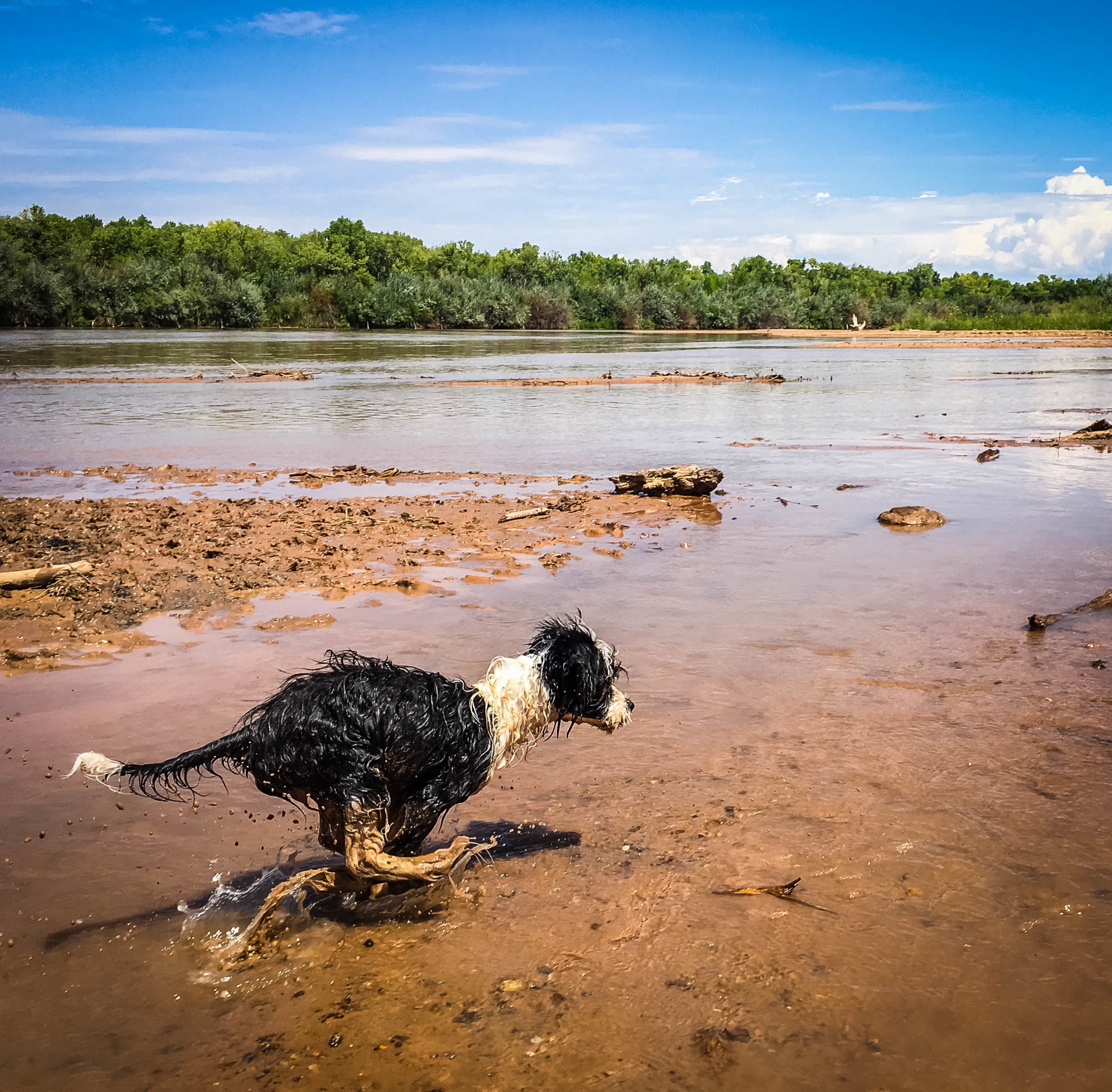 The other night he got the nighttime zoomies and discovered what a joy it is to race around in wide circles that included an actual short period of flying. He would run a big loop through the bedroom, jump up on the bed and launch off in a way that he would perfectly hit Kix’ head who was sitting in front of the bed on his descent. She looked increasingly puzzled and clueless at his attempts, while he got more and more absorbed in his game, going quicker and quicker, launching off more and more forcefully and screaming in enjoyment of his new-found amusement. 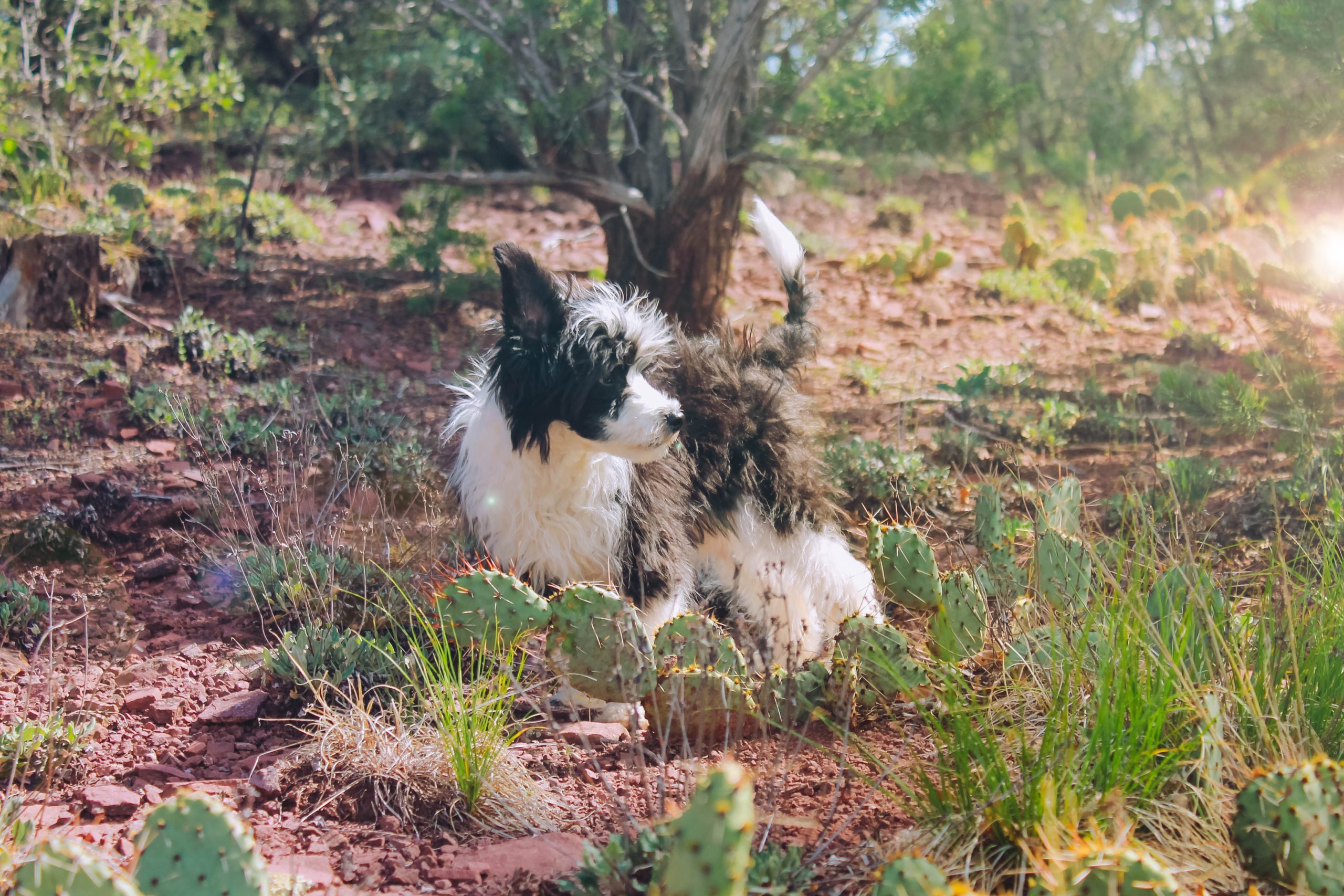 I have from the start made a point to play with everything with him, and he caught onto that. We play with grass, toys, shoes, leaves, water bottles, my hands, sleeves, socks, apple cores…If you can make your dog believe that you can make everything fun, you have already won. 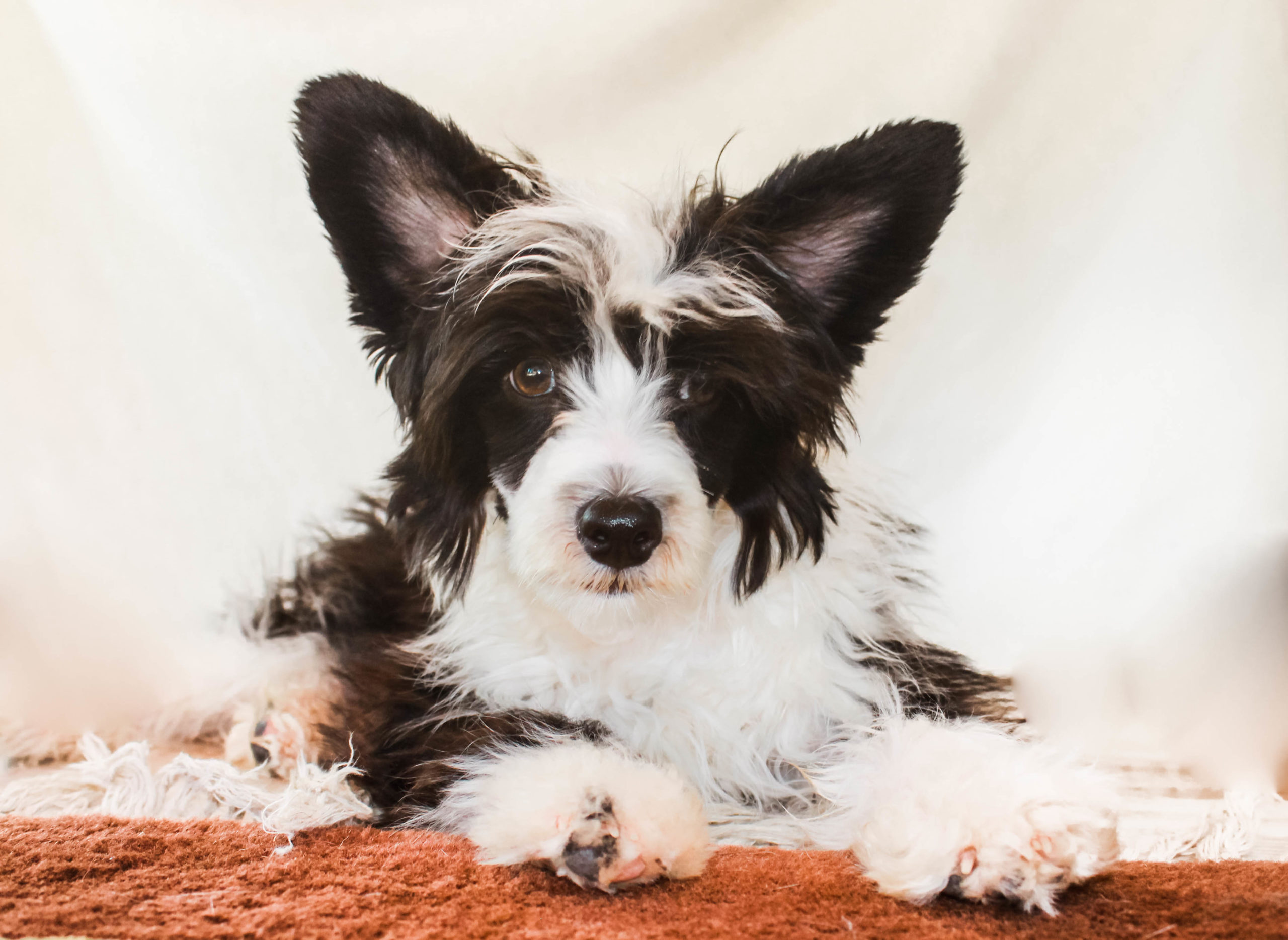 We go to many places all the time. In the early mornings, my friend and her dogs take a hike up our mountain. He learns to be respectful and to play appropriately, to move with a group of dogs as well as getting plenty of opportunity to experience different surfaces, inclines and navigating obstacles.

Later in the day he comes along to some of my classes, we go to a park, walk around the neighborhood, visit friends or go on another hike.

I make sure to do everything possible to keep the dog from preventing separation anxiety at this point in their lives as well (here is a great article about this: Separation Anxiety in Dogs – Causes, Symptoms, & Treatment) 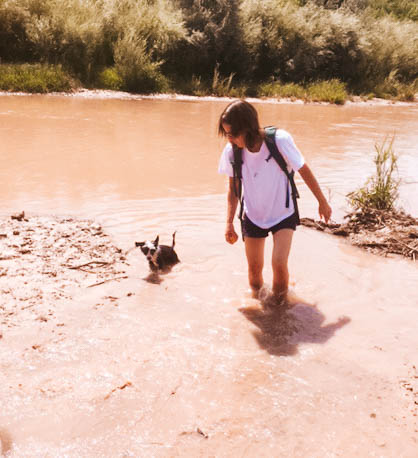 Again, we play everywhere we go and practice the cues he is learning – sit, left, right, out and coming when called. 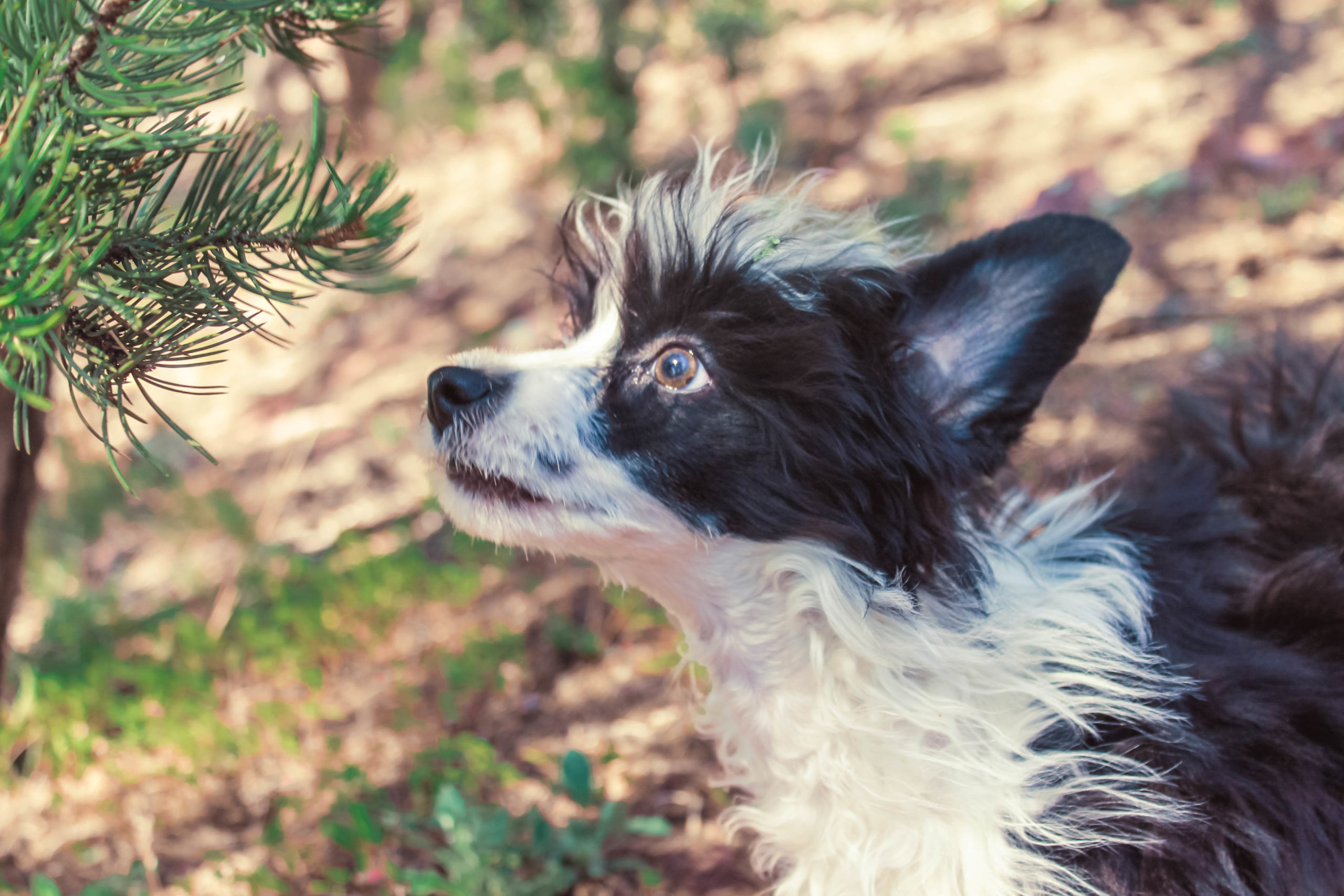 He has actually only been on a leash two times since he came to me (and these times were because we were at restaurant patios). I don’t want to rely on a leash as a means of communication between us, so I don’t use one unless it is required. The earlier you can teach your dog to stay by your side no matter what, the easier and quicker he learns. I try to by all means avoid situations in which he would be straining against the leash – and therefore me! – trying to get to a distraction. Instead, we actively seek out highly distracting environments (such as busy parks) and play our games and train our tricks there. 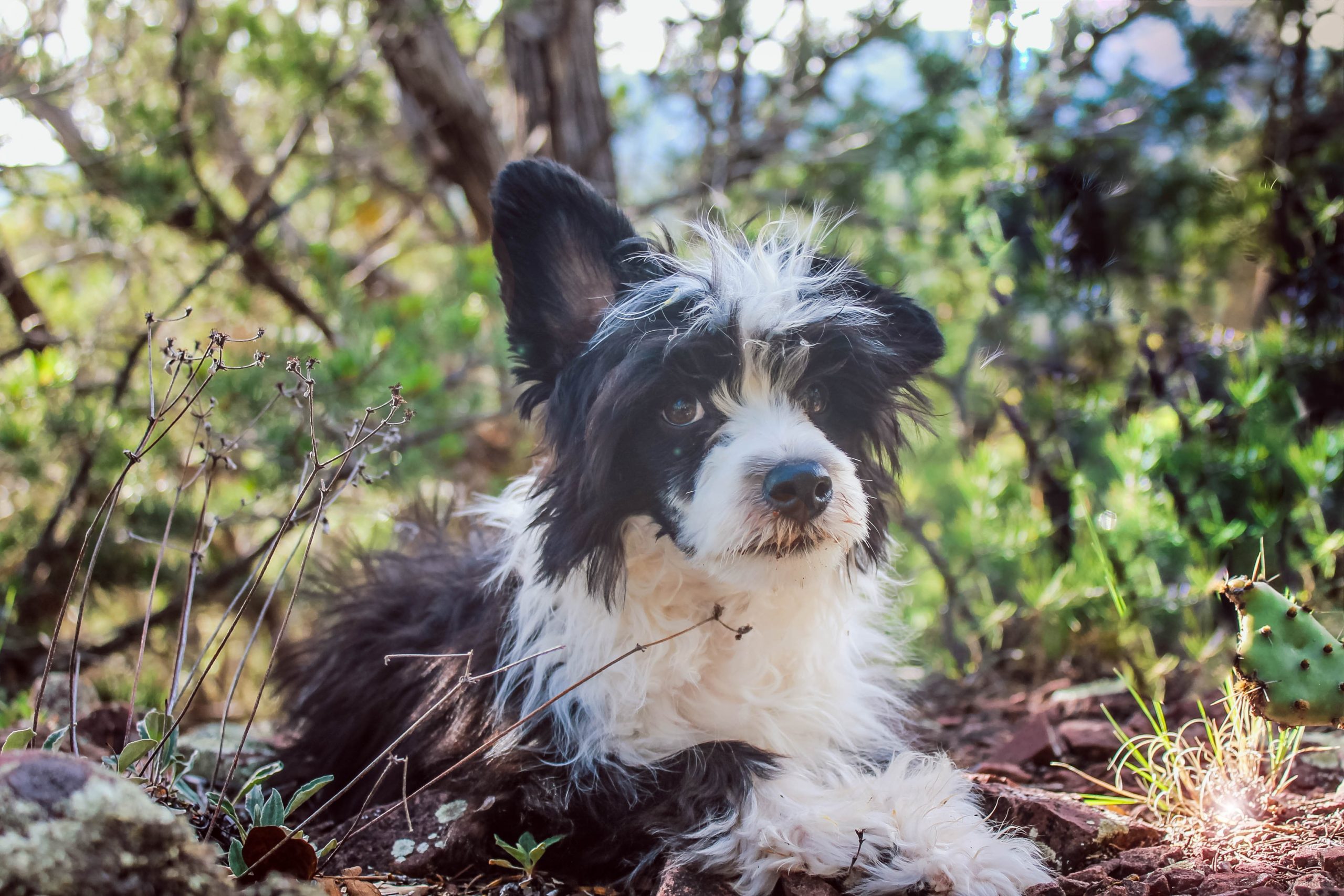 You never want to make your dog feel as though you’re standing between him and having  fun (if you want to know more about my opinions on this topic, read: Don’t Be A Party Pooper). It shouldn’t even be something he is pondering: Whether to stay with you or go and explore a distraction. Even though it seems counterintuitive, the easiest way I have found to realize this is to jump in head first: Taking the dog to as many distracting situations as possible and treating them as very normal, everyday places in which you play and engage with him exactly as you would in your living room.

My puppy wasn’t too fond of toy play with me initially, so I wouldn’t have tried to make him play with a toy at a park for example. He would have refused the toy and perhaps tried to instead find himself some other fun. We played with treats at the park for the first weeks, and only when his tugging at home and in front of our house was good enough that I figured he would tug at the park, we took it there. 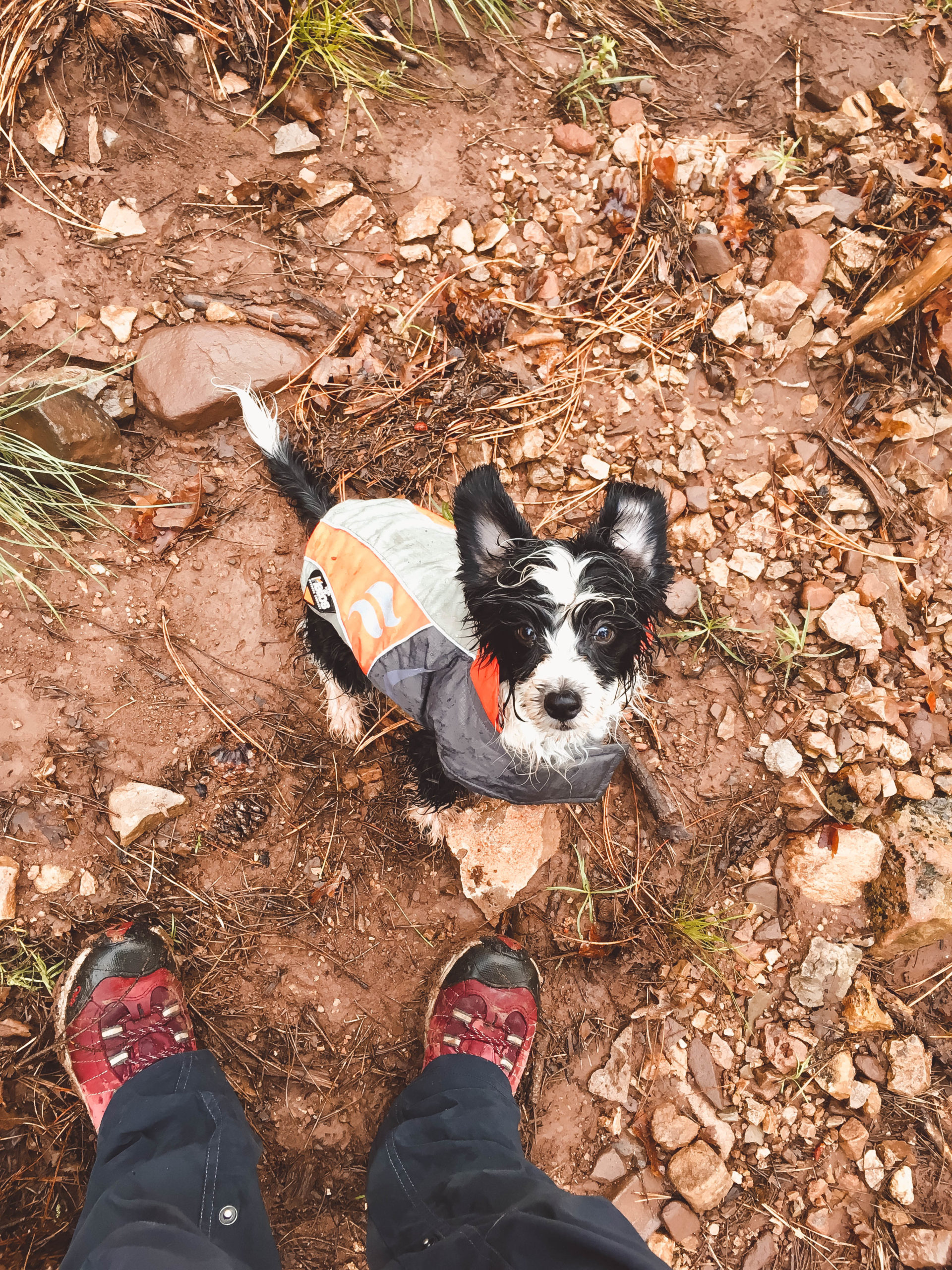 Fusion, my 5 year old Border Collie, largely ignores him. Fusion is very patient and kind with the puppy’s attempts to make him play, but refuses completely to participate in any kind of game. At this point I am not too certain if they will ever play together – there are less than 5 dogs in the world that Fusion has ever played with. Kix however loves to play bitey-face with the puppy, and is very careful and gentle in doing so. 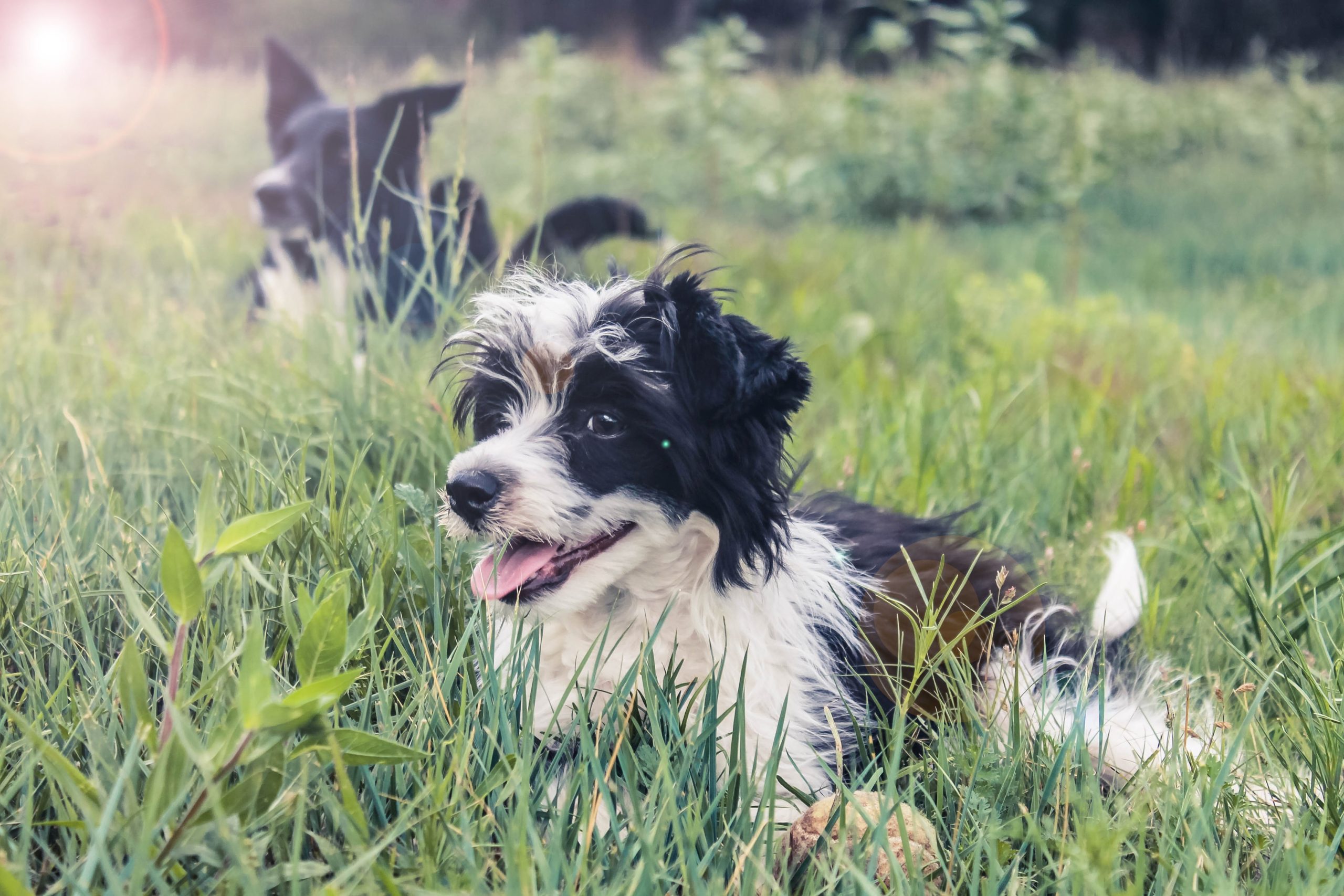 I do not restrict their play in any way, but I would start doing so if I noticed he is abandoning me in favor of playing with another dog. I do believe in limiting their options if they seem to make bad choices that I cannot compete with repeatedly. At the end of the day playing with another dog is more “natural” than playing with a human and many dogs will have a larger affinity towards seeking out play with one of their own species than a human.

There are many ways in which another dog is fun to play with that I cannot mimic – I cannot play intense biting games or roll in the mud together or wrestle or run fast as the wind.

As soon as I started to feel as if I am loosing this competition – play with me vs play with another dog – I would restrict the playing opportunities he has with other dogs until I have tipped the scales in my favor again.

Our training is still rather unstructured and all over the place, apart from staying with me and following me everywhere I go. We train a lot of tricks – backing up, pivoting, lifting all paws individually, retrieving, leg weaves etc. – but there is still a lot of time to get these tricks organized and on cue. For now, they are just part of the random fun we have 🙂

Another important skill he is learning is this: There is no need to guard toys or treats from me! For a detailed explanation of how I teach this, including a video, check out Tips for Preventing Resource Guarding. 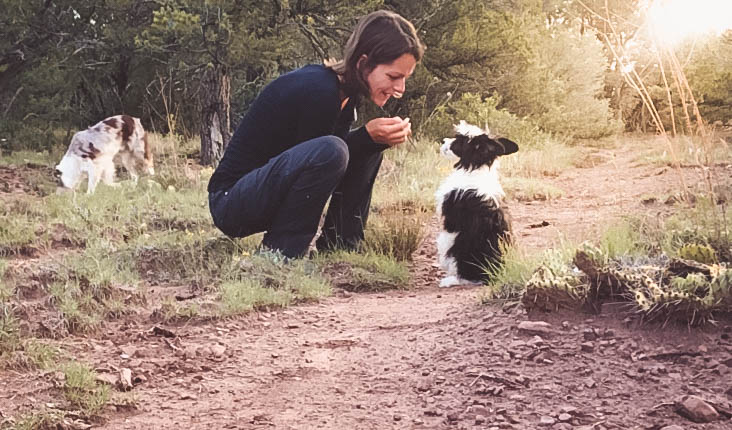 Yep, I am very happy with this little dude: 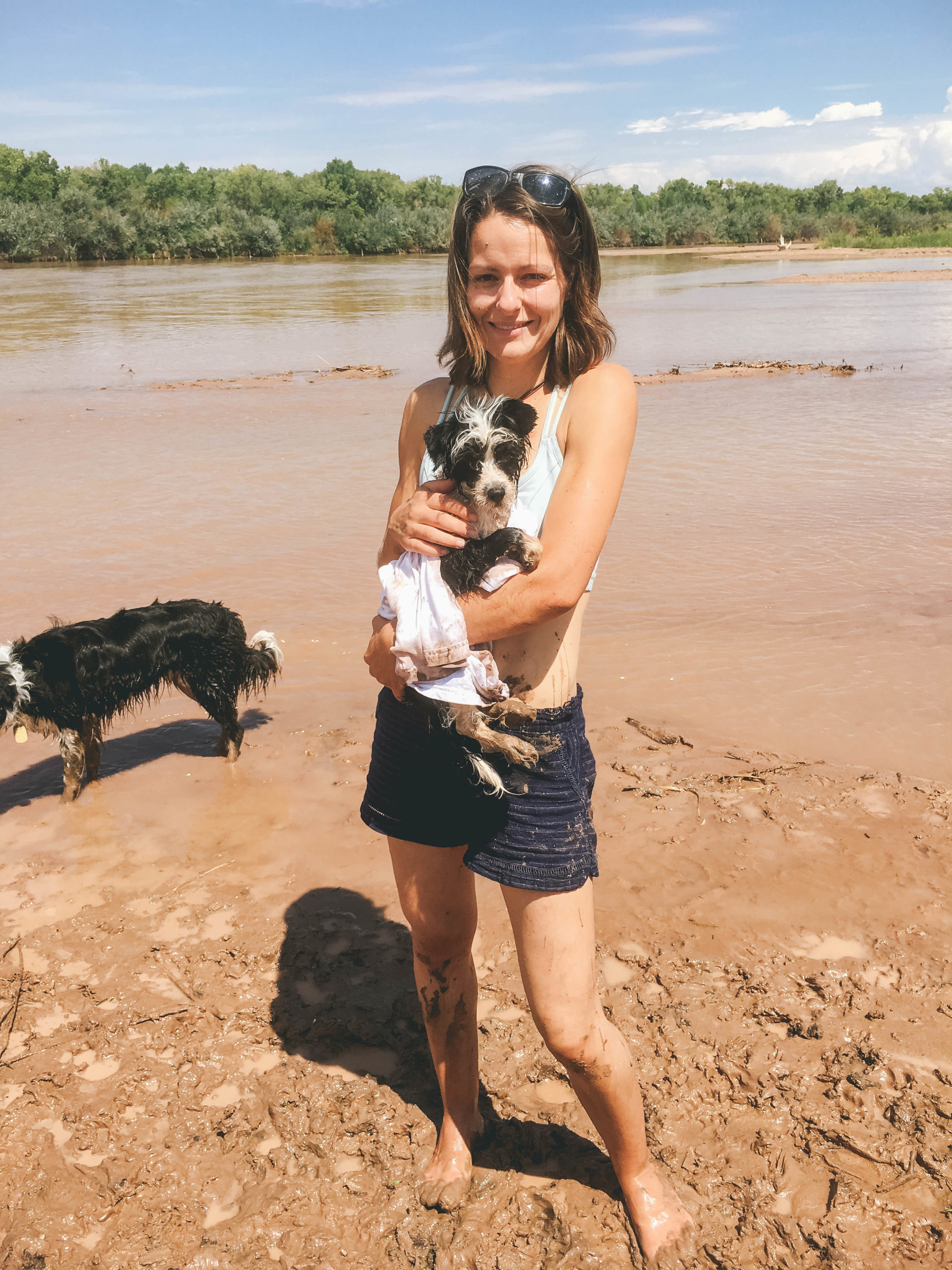 Interview About Agility And The Van Life

Podcast: Breath Of Wild Air – About Van Life With Your Dog 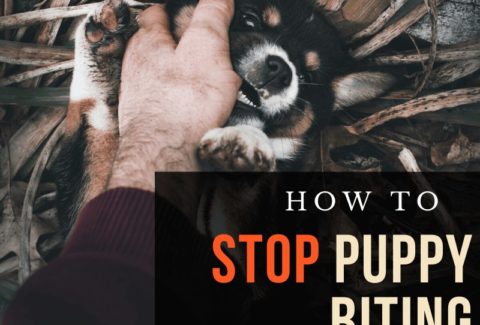 How To Stop Puppy Biting – The Ultimate Guide 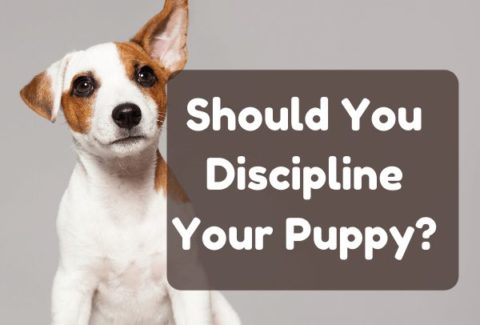 How To Discipline A Puppy 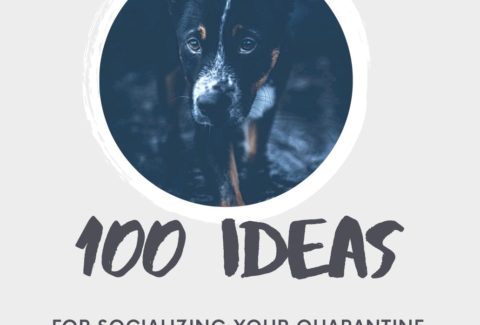 100 Ideas For Socializing Your Quarantine Puppy 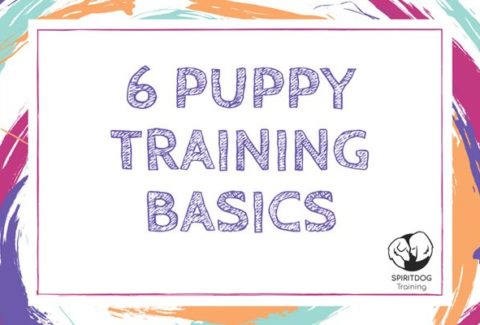 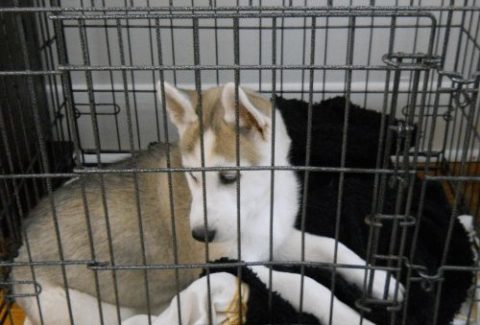 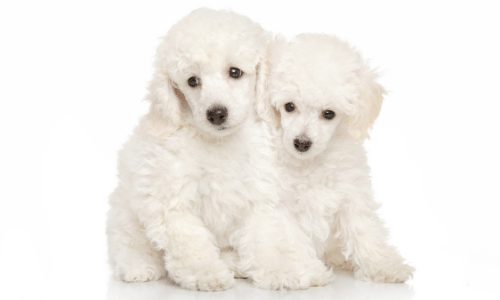