Labradoodles are a mixed breed, which means that they are not AKC registered. The AKC only registers purebred dogs that follow the proper registration procedure. For instance, both of a puppy’s parents have to be registered at the AKC as the same breed for that puppy to be registered as that breed.

Labradoodles would not fall into this category. Therefore, they are not considered purebred and cannot be registered with the AKC.

If anyone is selling you a “registered” Labradoodle, the dog is likely registered with some other kennel club. There are a few that take Labradoodles and register them. However, the requirements for registering the dog differ from agency to agency, and sometimes they are extremely lenient (and don’t really mean much).

Always ask for specifics so you can go look up the company’s process later. 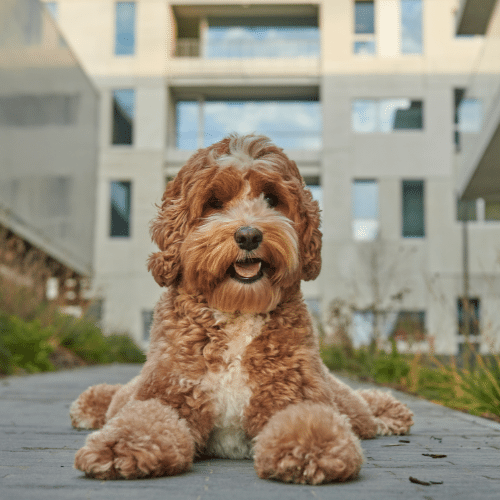 What Is a Registered Dog?

Many people seem to think that registering a dog provides more allowances than it does. In all honesty, registration doesn’t mean much for the average pet owner.

To register a dog at the AKC, all you have to do is claim that both their parents are two dogs that are already registered under that breed. The AKC doesn’t actually check to ensure that the puppy belongs to that breed and often doesn’t investigate to make sure that the puppy was born from the dogs that the registration sheet claims.

Registration doesn’t mean anything other than “the dog is claimed to belong to this breed.” Most of the time, the dog does belong to that breed. However, there are some unscrupulous breeders that may lie on their papers, and the AKC doesn’t typically find out about it.

For instance, puppy mills may often have two dogs of the same breed in their facility. However, that doesn’t mean that they breed these two dogs together. But, if both parents are AKC registered, they could very well claim any puppy they breed belongs to that breed simply by listing those two dogs as their parents. The AKC won’t check, and you may end up with a dog that isn’t even the breed you asked for.

Furthermore, registration doesn’t mean quality. You can register any puppy to the AKC as long as their “parents” are registered. That’s the only requirement. They could be completely unhealthy, and without any of the health testing that good breeders do. None of that matters. The only thing that matters is their family tree.

In fact, there are many dogs out there that are registered to the AKC and rife with health problems. (Just look at any Pug.)

Health checks are not performed for registration purposes.

The AKC works under an honor system since there aren’t any checks to ensure that the dog really does belong to that breed. 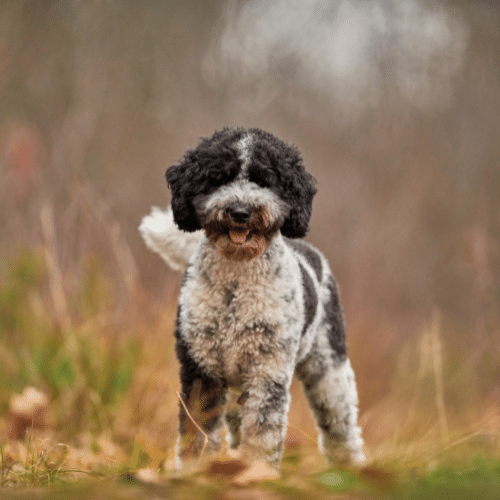 Do Labradoodles Have Pedigrees?

While Labradoodles do not have registration papers, Labradoodles do still have a pedigree. A pedigree simply tells you the dog’s ancestry. While this is most important for those who are breeding dogs, even those that only want a pet should have a look at their dog’s pedigree.

One of the most important benefits of a pedigree is that it will let you know whether or not the puppy is inbred. Sadly, this occurs quite often with purebred dogs. In fact, that is how they make purebred dogs – by breeding a small group of dogs with similar traits together.

Because Labradoodles are a mixed breed, this is less of a problem. However, that doesn’t mean that you should completely ignore the pedigree or not check for inbreeding before you make your purchase.

Therefore, you should at least check to ensure that your new puppy’s pedigree doesn’t involve tons of inbreeding. Beyond that, you don’t have to worry too much about the actual names on the pedigree. For the most part, this is mostly for those that are planning on breeding the dog, as it helps them avoid further inbreeding.

Is a Labradoodle a Purebred?

For the most part, there is little reason to focus heavily on the exact generation of Labradoodle your prospective puppy belongs to. There are other things that are far more important (like health and temperament).

With that said, no matter how many generations you get, a Labradoodle is not counted as a purebred dog by any kennel club. While there is some chance that these dogs will develop into purebred in the future (when dogs mostly come from later generations), that is not the case today.

There is some confusion over what exactly a purebred dog is and what it means to own a purebred dog. Many people claim that purebred dogs are automatically better than mixed breeds. However, this usually isn’t the case.

Purebred dogs are created when a group of dogs with certain traits is continuously bred together. Typically, this involves some level of inbreeding. Most purebred dogs were bred once upon a time for work of some sort.

Therefore, these dogs usually have some level of working behaviors that can be difficult to handle for some people. For instance, purebred dogs that were bred to chase will chase – even if they have never been hunting in their life. Herding dogs will try to herd just about anything that moves. These dogs have innate instincts that just are.

Furthermore, because most purebred dogs were inbred at some point, they are also more prone to health issues. After all, the negative health traits get concentrated when all of these dogs are bred together over and over again. In the end, it is sometimes impossible to find certain breeds without health problems, as it is sometimes built into their genetics (just take a look at Pugs, for instance).

However, purebred dogs do have very specific traits. You know exactly what you’re getting. This can be both a good thing and a bad thing. On the one hand, you’ll know what your puppy is going to act and look like. A Golden Retriever is always going to shed.

Mixed breeds? Not so much. These dogs can technically inherit any trait from any parent. Therefore, mixed breeds can act like either parent and have any mixture of traits between them. You may not end up with a dog that sheds much, or your canine may shed a lot.

With that said, purebred puppies can act a bit differently from what you’re expecting. Genetics are not set in stone, and we do not understand all of them thoroughly. Therefore, a purebred puppy is occasionally born that doesn’t fit the norm of the breed.

Of course, for mixed breeds, there is no norm. Labradoodles may usually inherit certain traits, but that is far from certain. They can have several coat types, for instance. They don’t just have the short Poodle-like hair that they are commonly depicted with. In reality, they are all quite different. Because they aren’t purebred, anyone can call their dog a Labradoodle – and you should be aware that you may end up with a very different dog than you’re expecting.

In other words, purebred dogs have set traits. A Husky is a Husky is a Husky. However, you are giving up a bit for this predictability. For one, the dog is likely to have some sort of instincts that can be difficult to handle as a companion animal. That’s how they were bred, after all. Furthermore, they are more likely to have health problems since they are often produced through inbreeding.

How Much are AKC Registered Labradoodles?

There are quite a few different kennel clubs out there that will register mixed breed dogs. However, these agencies typically do not have very strict standards. The breeder usually simply requests that the dog be registered as a particular mixed breed, and then the kennel club registers the dog. Usually, they do not require any proof that the dog belongs to that specific mixed breed.

They absolutely do not check the puppy’s health or provide any sort of quality guarantee with their registration. Therefore, you shouldn’t take a guarantee to mean that the dog is healthy (or even a Labradoodle). 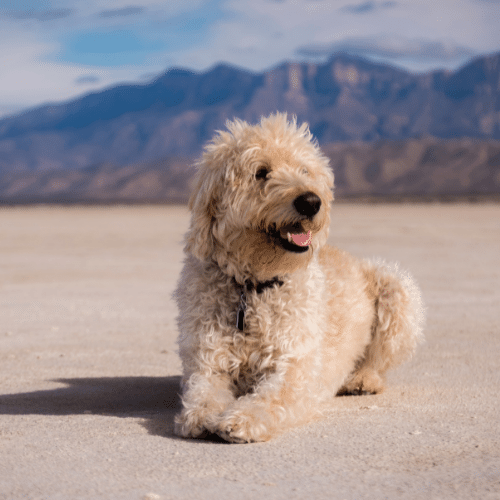 Registrations don’t mean much, so you shouldn’t account for them too much. While looking at the pedigree can let you know about inbreeding and the dog’s genetics, it shouldn’t replace the usual checks you should make when choosing a breeder.

While an AKC registration is not something you should expect from a Labradoodle breeder, there are several other factors that you should look for.

The large majority of breeders are not professionals. Instead, they simply breed two dogs together and then attempt to trade the puppies for money. Many of these breedings are accidents.

When looking for a Labradoodle, you should look for a breeder that is knowledgeable and responsible. But, how do you determine this? Look for these basic factors:

Because Labradoodles are not purebred, they cannot be registered with the AKC. However, many breeders register them with other kennel clubs. But, with that said, registrations typically don’t mean all that much. A registered Labradoodle is not necessarily better than an unregistered one; it just means that the breeder paid extra money for a piece of paper.

Health certificates and health tests that were run by vets are often more telling.

Because Labradoodles are not often registered, you have to rely on other signs that you’re purchasing a quality puppy. For instance, always meet the parents if possible. They should be happy and healthy. If the breeder does not let you meet the mother, at least, there is often something else going on that the breeder doesn’t want you to know.