However, that doesn’t necessarily mean that German Shepherds are dangerous. There are a lot of mixed opinions about this topic – as well as a lot of mixed science that seems to back up both sides.

To accept individuals into their homes, German Shepherds need to be taught that not everyone is bad.

If owners perform this responsibility, then their dogs typically aren’t dangerous. In fact, these dogs can be extremely gentle when raised properly.

On the other hand, other owners know perfectly well what the German Shepherd needs – but find it more difficult to provide for those needs than they originally expected. In these cases, the German Shepherd’s socialization tends to level out as they become older. They may get the care they need as adults but then be mostly kept to themselves as puppies. 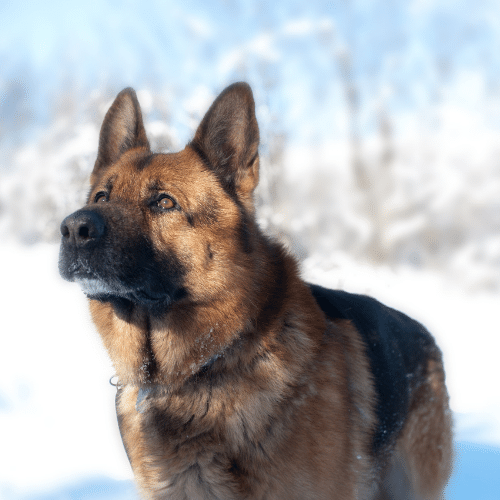 The Science Behind German Shepherd Aggression

There are many opinions about whether or not German Shepherds are more aggressive than other breeds. But let’s look at what the science says on this topic.

The American Veterinary Medical Association ran a whole study on whether or not particular dog breeds were more likely to be aggressive than others.

They found that the highest prevalence of bites fell on a few breeds – namely the German Shepherd, Pit Bull, Rottweiler, Jack Russell Terrier, Chow Chows, and a few others. However, it is essential to realize that these breeds are also more common in the United States. When you have more German Shepherds out there than other breeds, you’re going to end up with more German Shepherd bites.

In Canada, most dog bites are attributes to Siberian Huskies and other sled dogs – likely because these are the most common breeds there.

Similarly, in Rome, Italy, Mastiffs were found to have the highest bite occurrence. However, they are also one of the most popular dogs in that area.

Furthermore, the popularity of different breeds coincided with bite reports. The more popular a breed was, the higher that bite statistic rose. Therefore, bite statistics don’t seem to actually tell us what breeds are more dangerous than others. It seems to be largely associated with the popularity of the breed, not their actual aggression levels.

Based on behavioral assessments, small breeds seem to be the most aggressive – not larger breeds like the German Shepherd. However, these bites are largely underreported because they do not usually require treatment.

Bites on children statistically come from small breed dogs, like Chihuahua and Lhasa Apsos. The statistical difference in bites reported between children and adults likely comes from the fact that children need treatment after a small breed bite, while adults do not.

Again, socialization and training play a large role in this. Adopting your dog from a qualified breeder is also important. After all, genetics do play a role as well. 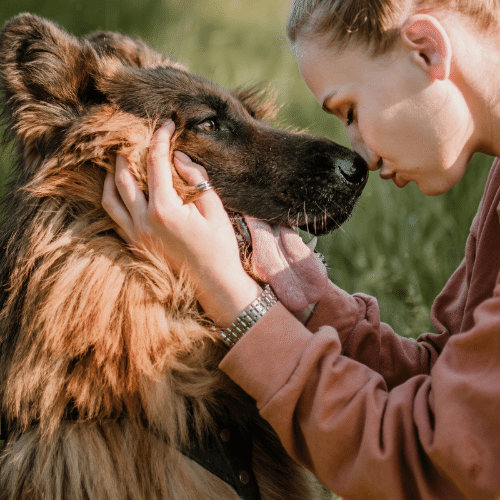 Will German Shepherds Attack Their Owners?

This trait can be said for all breeds, though. No dog is going to submit to injury if they feel like they can defend themselves.

Again, we highly recommend socializing this breed at a young age. Most bites are caused by fear, including those directed at people. Unless you are purposefully scaring your dog by “over disciplining,” then the chance of a bite is extremely rare.

However, if they do bite you, it’s likely because you did something scary – whether or not that thing was actually scary to us. For instance, dogs are commonly afraid of umbrellas. That’s why they are used during temperament tests.

Socialization is essential to prevent your dog from becoming scared of things like umbrellas, which may cause them to “protect” themselves from the menace. If you happen to be the one holding the umbrella, this isn’t going to be very good for you.

At the same time, you should also familiarize yourself with proper dog training. German Shepherds need training, but it’s important that the training is backed by science. Positive reinforcement training works best, as there is a very small chance that the dog is going to react negatively to treats. You don’t want to teach your dog to be scared of you.

After all, dogs bite things they are scared of!

Dominance training has been disproven for dozens of years. Not even wolves display “dominance” behavior as most people think of it. It can also make your dog react negatively, causing your dog to bite.

It depends on what you mean by “aggressive.” These dogs are naturally territorial and protective. They were bred to protect herds of sheep and were then utilized for military and police work. Their protective instincts are still with them today, as they are commonly still used as guard and protection dogs.

Therefore, these dogs aren’t going to be as friendly with strangers as other breeds. They are not Labrador retrievers in the least!

However, that doesn’t necessarily make them aggressive either. They are very calm family dogs in most cases, especially if they are socialized from a young age.

If you purchase a German Shepherd as a puppy, we highly recommend purchasing them from a quality breeder. These breeders are likely to pay more attention to their dogs’ temperaments. Breeders are not going to breed a dog if they are overly aggressive and untrainable. Backyard breeders and puppy mills typically don’t pay attention to these things!

At What Age Does a German Shepherd Start Guarding?

That’s not exactly how this works. There isn’t an age that your German Shepherd will suddenly decide that they need to guard the house. Dogs are born with innate instincts and behaviors – including territorial behaviors.

All German Shepherds will display territorial behaviors from their birth. These are innate instincts. A little German Shepherd puppy is going to be at least somewhat wary of strangers. They probably won’t be as friendly or cuddly as other breeds – that simply isn’t how they work.

However, that doesn’t mean that a tiny puppy can guard your house, of course. A small puppy isn’t going to do much against a home invader. That doesn’t necessarily mean that they won’t try, though.

It will likely take a least a year for a German Shepherd to get large enough to actually be intimidating. Before this time, these dogs will likely be too small and puppylike. 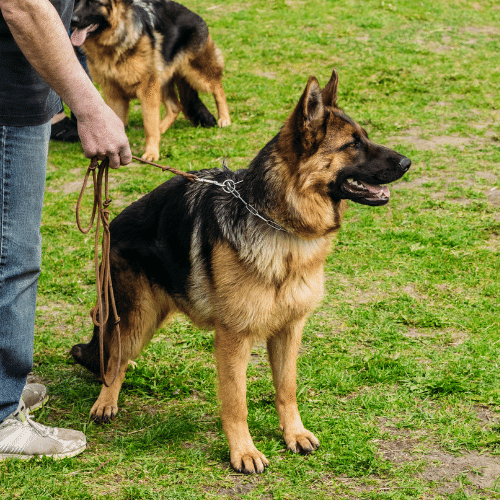 However, it can take up to two years before a puppy is full-grown. You likely shouldn’t plan on them guarding anything until they are at least close to being fully grown.

The instincts will be there from birth, though. They don’t just kick on someday.

Still, many dogs will become more territorial around puberty, though this isn’t always the case.

Why Are German Shepherds Not Good Pets?

German Shepherds can be great pets – for the right family. However, there are many cases when they can make very poor pets.

Here are some of the reasons you don’t want a German Shepherd:

German Shepherds have the potential to be aggressive. Every dog does. However, with the correct socialization and training, these dogs can easily be trained to accept others into their territory. They will never be as friendly as your average Labrador retriever – but that isn’t the point of a German Shepherd.

However, these dogs are a big responsibility. You’ll need to commit to training and socializing them extensively. This isn’t a breed to get “just because.” You should expect to put in hours a week – aggressive German Shepherds often have owners that don’t.

Be sure to carefully consider whether or not you want a German Shepherd before you adopt one. Your actions will largely determine whether or not they become aggressive.