Should I Let My Dog Lick My Wound?

Should I Let My Dog Lick My Wound?

Simply speaking, no, you shouldn’t allow your dog to lick your wound under any circumstances. Your dog’s mouth is often a dirty place. Licking can introduce bacteria, which can lead to infections. Licking can also irritate your wound more since a dog’s tongue isn’t exactly the gentlest thing to rub on your wound.

If your wound has already scabbed, allowing your dog to lick it could potentially break it back open. This is not only painful, but it can open up the potential for more bacteria to be introduced.

While your dog’s saliva does have some antibacterial properties, these properties hardly outweigh the downsides of having your dog lick your wound. Antiseptic properties do far better in this regard – and don’t come with the extra risk of introducing bacteria to the wound. 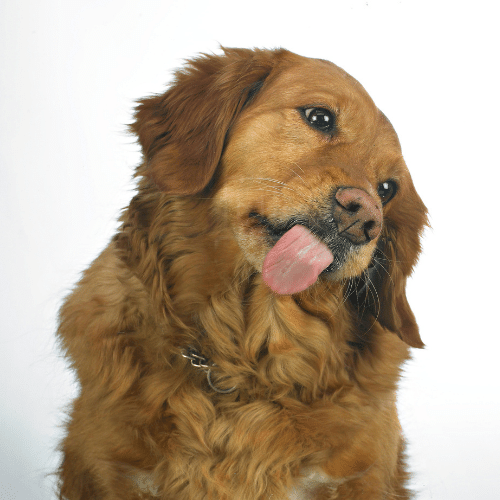 Will Licking Help To Heal Wounds?

We’ve all heard that a dog’s saliva is antiseptic. Therefore, some people reason that it may be a good idea to allow them to lick your wounds. However, this is typically a bad idea. Especially dogs that are very attached to their owners (such as many herding breeds or Pitbulls) will try to lick wounds that the owner has. However, this does not mean it is a good idea or that you should allow it!

According to one study, a dog’s saliva only withstands the growth of some strains. Others will flourish. For instance, E. Coli has a hard time growing in canine salvia. This is a bacterium that commonly infects newly born puppies, so a dog’s resistance to this bacterium makes perfect sense. However, Staphylococcus is not affected by the antiseptic properties and grows freely.

Interestingly enough, most wound infections on dogs are Staph infections, which are caused by Staphylococcus. It is likely due to the fact that the growth of this bacterium isn’t affected by a dog’s saliva.

Secondly, a dog’s saliva contains a different microbiome than a human’s skin. We all have “good” bacteria in our bodies, including our saliva. Dogs have significantly different bacteria in their saliva than we do on our skin. Therefore, if we allow a dog to lick our wound, we’re introducing bacteria that may potentially be dangerous. The bacteria may not be harmful to our dog, but they will be harmful to us.

Finally, a dog’s tongue is simply not very soft. It can damage wounded tissue and prevent tissue from growing back. It can reopen sores with some ease, which can cause infections to occur. If your wound has already started to heal, new tissue can be destroyed by a dog’s tongue.

Your best bet is to use some sort of antiseptic cream and keep your wound away from your dog. Some dogs seem to have an instinctual need to lick wounds if they are presented. However, this is not recommended in the least. Keep it away from them, using a band-aid or something similar if necessary. 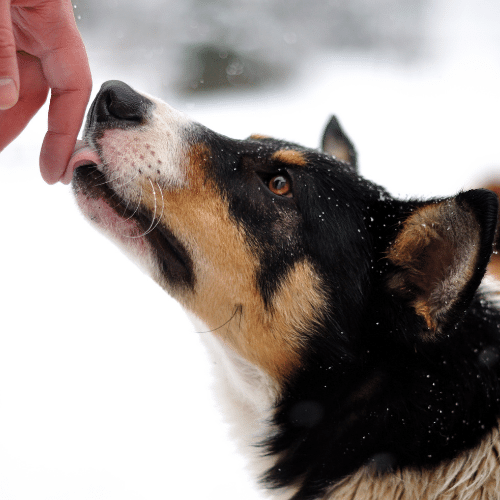 Is It True If a Dog Licks Your Wound, It Heals Faster?

No. This is an old wives’ tale and a misunderstanding of the properties of a dog’s salvia. While a dog’s saliva does contain some antiseptic properties, these are often minor compared to the potential bacteria that may be introduced. A dog licks wounds because they don’t have any other tool to keep it clean. However, it is no match for our modern technology (or a clean environment, in general). If you aren’t rubbing your wound in the dirty, then you are already leagues ahead of what a dog’s saliva can offer.

Even if a dog’s salvia had amazing antiseptic properties, this wouldn’t cause the wound to heal any faster. Antiseptic things don’t speed up wound growth; they simply prevent bacteria from infecting the wound. An infection may slow wound healing or stop it completely. However, there is no healing speed faster than “average.” If your wound isn’t infected, a dog’s saliva isn’t going to make it heal faster.

Can Dogs Heal Wounds by Licking?

No, not really. Dogs lick naturally because it is the only way they can keep their wounds clean. When you’re a wild, wounded dog, the only way you can remove dirt from your wound is by licking. You can’t rinse it off in a sink with clean water and use a clean towel for drying it. Dogs also don’t have band-aids and similar coverings to help the wound stay clean until it is healed.

All you have is your ability to lick the wound clean.

Therefore, nature has developed this ability into the best thing that it can. Dogs’ saliva prevents some bacteria from growing. However, this is only minorly effective, and the benefits largely stop there. There is nothing in a dog’s saliva that can make wounds heal faster. They don’t heal their wounds by licking; they simply keep them clean to prevent infection.

It is important to remember that dogs in the wild can easily succumb to infected wounds – and they often do. Dogs are not immune to infections due to the slight antibacterial properties of their saliva. Allowing them to lick your wound doesn’t make it heal any faster, and it is not a terribly effective way to prevent infections either.

Can You Get an Infection from a Dog Licking Your Wound?

Yes. It is true that a dog’s saliva has antibacterial properties. However, as we’ve discussed, this only applies to some bacteria. It seems to be particularly effective against E. Coli. However, this is about where its effectiveness ends. Plus, a dog’s saliva is only minorly resistant to the growth of this bacterium. Some dogs still get infected with E. Coli infections. It isn’t fool-proof by any means.

A dog’s saliva can also introduce tons of different bacteria to your wounds. These bacteria may be those that took up shop in your dog’s mouth recently, or they could be part of your dog’s natural mouth biome. Dogs have natural bacteria in their mouth just like we do. However, their bacteria are much different from ours. Allowing them to lick our wounds directly introduces these bacteria.

This isn’t counting any harmful bacteria that the dog may have picked up from the environment. Most infections in dogs are Staph, and therefore, it makes sense that they would be most likely to introduce Staph into our wounds. However, other bacteria are completely possible as well. 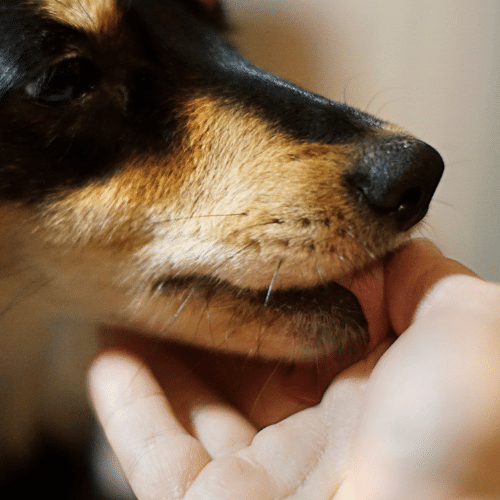 Should I Let My Dog Lick an Infected Wound?

If you have an infected wound, you should see a physician. It doesn’t matter how big the wound is or where it is at. The major problem isn’t that the infection can harm the wound and surrounding skin. When it comes to wound infections, the main worry is that the infection will travel to other parts of the body. Wounds provide bacteria with an easy entrance to the bloodstream, which can lead to infections outside of the immediate wound area.

For this reason, it is possible that the infection is already in your bloodstream. Your immune system will be fighting the bacteria, but the best course of action is usually an antibiotic that you take orally. This will affect your whole body, killing the infection at its source and wherever else it decides to set up shop. A topical solution alone may be enough for a healthy person, but you usually don’t want to risk the possibility that the infection has already spread.

This is exactly why a dog licking your infected wound wouldn’t do much. Their saliva is only minor antiseptic. It typically isn’t enough to fight any sort of bacteria. It is only effective on very specific bacteria as well, which may or may not be helpful for your particular infection. Plus, it is only a topical application. Your dog’s saliva doesn’t do anything against the potential infection in your bloodstream.

A dog’s saliva does have some minor antiseptic properties. However, these are minor and often overblown. A dog’s saliva is only effective against a very small range of bacteria. Most of these are common in puppy infections, which is likely why the canines’ saliva developed a slight immunity towards them.

However, a dog’s saliva is nothing like modern antiseptic practices. It can’t beat something as simple as clean water and a band-aid. It may be great if you’re a dog that’s wounded in the middle of the woods when you have no other option. Otherwise, our modern medicine is far superior. Unless you happen to be stuck in the middle of the woods without modern medicine, you generally shouldn’t let your dog lick your wound.

While this likely won’t have much of an effect for most people, it can introduce harmful bacteria to your wound and cause infections. Furthermore, a dog’s tongue is not the best cleaning instrument for a wound. It can potentially damage wounded and new tissue, which can interrupt the cleaning process.