Let’s look at this agility venue in detail! 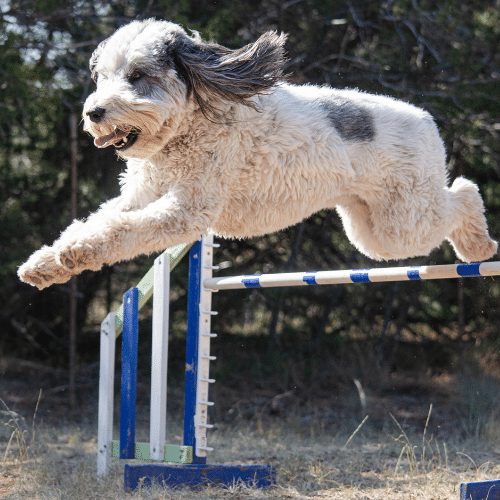 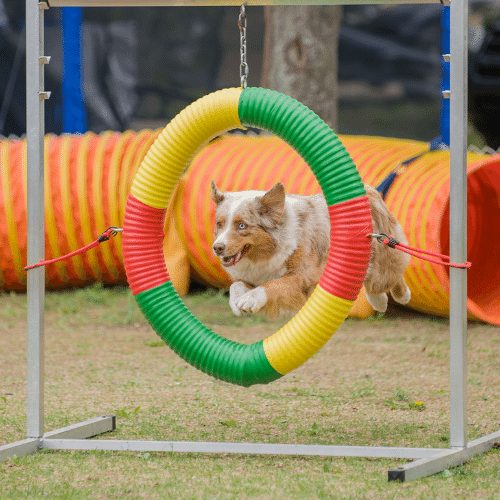 Dogs can enter a UKI agility competition if they are 15 months or older. Any dog of any breed can compete. They have to be registered with UKI agility, which is a quick process that only costs $12. Once registered, your dog can participate in any event, anywhere, and his points and titles will be tracked online.

A specialty of this venue is that it allows and encourages “training in the ring”. That means that if your dog does something especially good, you can reward him with a toy! If he makes a mistake, you can redo the obstacle(s) so that he can get it right. This serves the purpose of showing your dog that the same rules apply everywhere – he has to hold his startline stay, have a good contact performance, find the correct weave pole entry, etc. – whether at home or at trials! Dogs can be rewarded with non-squeaky toys (such as tug toys). Some competitions also set up food reward areas outside the ring, where you can run with your dog and reinforce him with treats.

Training in the ring is not allowed in several common venues such as AKC agility – that UKI allows it makes this venue a great one to compete in. 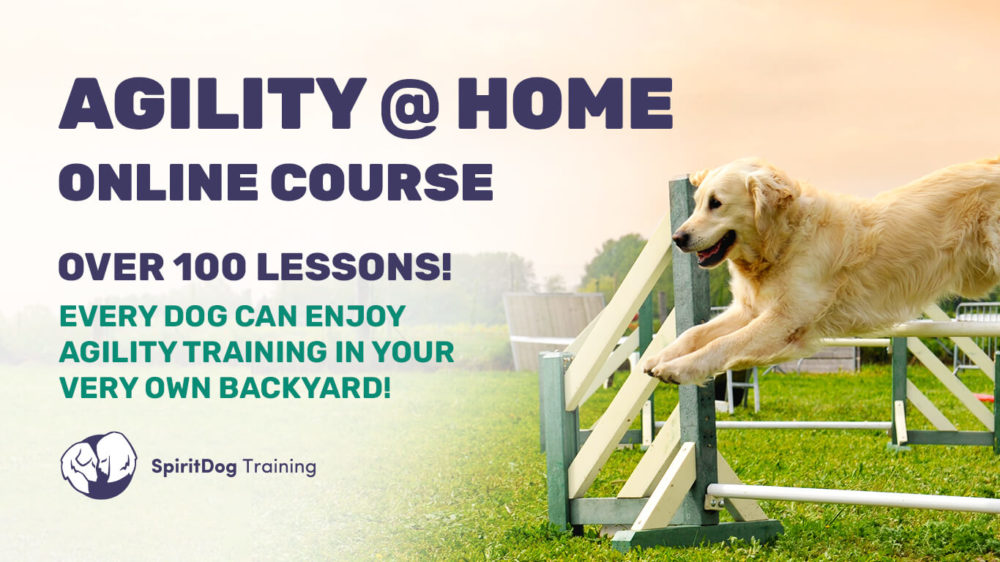 UKI Agility has a number of different classes in which owners can compete with their dogs. These include:

The agility class consists of jumps, contact obstacles (A-frame, dog walk, teeter, table) and weave poles. In the lower levels, 16-18 obstacles are commonly used. In the higher levels you can encounter as many as 22 obstacles on a course.

The jumping class only contains jumps, tunnels and weave poles. Do not think that this makes the class super easy though: The jumps often are set up in specific combinations that will present their own challenges!

This class consists only of regular jumps (panel jumps, tire jumps and broad jumps are not allowed) and tunnels. The Speedstakes class is meant to be fast! Speedy dogs will excel at this, but they might also leave their handler in the proverbial dust and take off without them. Speedstakes can be run by dogs as young as 15 months (for the games classes, dogs need to be 18 months or older).

Contrary to the above classes, Gamblers doesn’t have a sequence that is numbered from the first to the last obstacle. Instead, during the first part of this class the handler may make up his own course. The obstacles are assigned specific values depending on their difficulty (a jump has a lower value than weave poles or the dog walk for example) and the handler may choose in which order he completes which obstacles. Only in the second half of the run the handler needs to complete a short, numbered sequence.

Gamblers caters to owners that know their dogs and their strengths well – not every plan will work for every dog! If your dog is great at doing the weave poles, you may do them twice and collect extra points. On the other hand, if your dog tends to pop out of the weave poles, you can omit them and instead perform an obstacle he is better at. 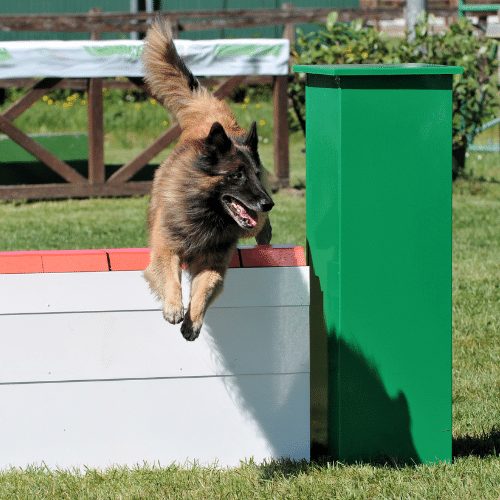 In this course, there are two parts as well, however the dog has to complete both parts in exactly the right sequence.

The first half of the course is the “Power” part. In this, there is a long jump, a broad jump and weave poles as well as the three contact obstacles A-Frame, dogwalk and teeter totter (the pause table is not included).

In the second part, the “Speed” challenge, your dog has to complete a sequence consisting of tunnels and regular jumps.

In order to score highly in this class, your dog has to be both accurate and fast!

Snookers is similar to Gamblers in that the handler makes up his own course. However, there are more rules involved than in the Gamblers class. In Snookers, there are 3-4 “red jumps”. In the first part of the course, the dog has to complete one red jump, then an obstacle of the handler’s choosing, another red jump, another obstacle of the handler’s choosing etc. In the second part the dog has to again perform a set “closing sequence” similar to Gamblers.

Snookers is often the hardest game for beginning agility competitors. If you struggle with this one, there are plenty of other classes in UKI agility that are easier to participate in!

Like Snookers, this can be a tricky game for owners just starting out in UKI agility competitions.

Similar to Gamblers and Snookers, the idea is to collect as many points as possible during a given time frame while completing the obstacles in the order of the handler’s choosing (while abiding the direction rules).

Every agility organization may pick their own specific jump heights. These usually vary slightly from venue to venue. Like in other organizations, in UKI agility dogs roughly jump as high as their shoulders are. Specifically, the jump heights are:

Some owners of dogs that are smaller than 22 inches (so they could theoretically jump 20”) choose to jump their dogs at 24” if they have ambitions to compete internationally. The international jump height for large dogs (“large” usually means over 17.5”) is 24”.

Dogs may be measured by a judge once they reach 15 months of age.

UKI Agility is a popular venue due to its option to train in the ring as well as the variety of fun classes offered. While not as common as AKC or USDAA agility in most parts of the USA, this venue is gaining momentum. Whether you are new to the sport or a seasoned competitor, if you have the chance to participate in a UKI trial near you, take it! You and your dog will definitely enjoy the friendly atmosphere and training environment.